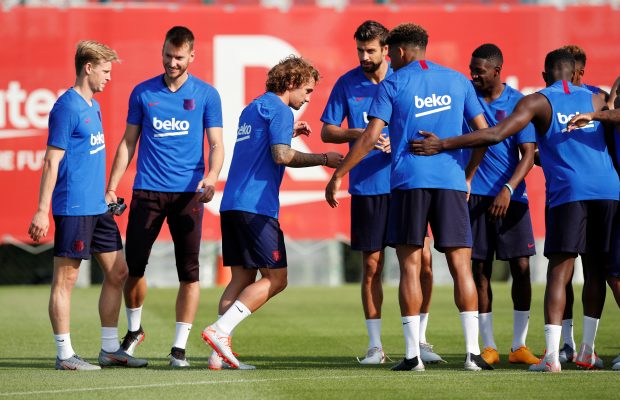 Antoine Griezmann has revealed his emotions after his Barcelona move was confirmed.

Reflecting on his move to Barca, Griezmann told Marca: “I called my father and I started to cry with happiness because I was there, everything was done.

“I was with my friends, my wife and my children and it was an incredible moment.”

“I just wanted to end my holiday and start this new challenge,” he said. “The dressing room have welcomed me very well: players, coaching staff and doctors.

“For the moment, I’m enjoying it and let’s hope I can get enough confidence to speak, be myself and enjoy.”

Like every other player on the planet, Griezmann is excited to play alongside Messi.

“It will be amazing [to play alongside him],” Griezmann added. “I’m excited to see what he’s like day to day, what he’s like in training, [I want to] catch him doing things in training that I will try to repeat or do in my own way and get to know him on and off the pitch.

“I can’t wait for him to arrive. I will be ready to do whatever it takes: for him, for the club and for the players.”