We look at Fantasy Football’s Dream Team from Game-week two!

Surely everyone plays Fantasy Football these days?! Well if you do, you will know what the dream-team is and here is our article on Game-week two’s best XI.

So for those not aware of Fantasy Football, it’s basically an online league where you can create your own team and you get points for goals, assists, clean sheets, minutes-played etc.

Every week, the official Fantasy Football website puts together their dream-team, which is a starting XI of the players who earned the most points in that game-week.

So today we are looking into game-week two!

Here is their dream-team! 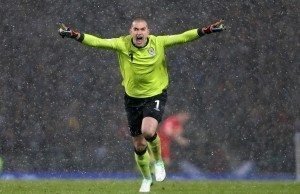 A great weekend for The Baggies goalkeeper as he picked up an impressive 10 points on Fantasy Football, making him the best ‘keeper to have this weekend.

Myhill kept a clean-sheet against Watford this weekend at Vicarage Road, meaning he earned himself four points. He then got a further three points as a bonus for his performance.

He played over 60-minutes which means he gets two more points, and during the 0-0 draw, he made five saves, which earned himself an extra one. 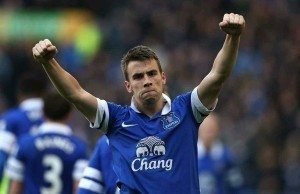 Everton‘s 3-0 win at St Mary’s Stadium was probably the best result of the weekend.

The Toffees were in top form and Seamus Coleman was one of the stars that stood out, especially according to Fantasy Football.

Four points for the clean-sheet kept, three points for an assist, two points for playing over 60-minutes and then a further bonus of two for his overall performance.

11 points for the right-back.

Another impressive game-week for Vincent Kompany. He was in the dream-team last weekend and he is again this weekend.

The Belgium netted his second goal of the season against Chelsea on Sunday, giving himself six points immediately. A further four points for keeping a clean-sheet and two points for over 60-minutes played.

However Kompany did lose a point for being booked.

One of Swansea‘s most consistent performers. Ashley Williams makes the Dream-Team following his nine points against Newcastle United.

A clean-sheet gave him four points and then Fantasy gave him the three-point bonus for his performance at the Liberty Stadium.

A further two points earned for playing over 60-minutes. 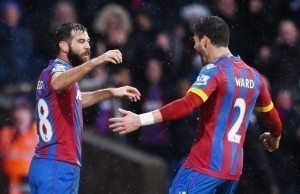 Joel Ward earns himself a spot in the dream-team for his goal against Arsenal.

Six points for the goal, three points for a bonus despite being on the losing side and two more points for minutes played.

However, Ward lost a point for being cautioned in the game.

Another great weekend for Nathan Redmond gives him two goals from two games.

Redmond netted during Norwich’s 3-1 win over Sunderland on Saturday, earning himself five points. He then got a three-point bonus and the usual two points for playing over-60 minutes.

He also got a point for keeping a clean-sheet because Sunderland scored after he was subbed off the pitch.

The two assists gave Silva six points, which was then accompanied by two bonus points, one clean-sheet point and two points for minutes played. 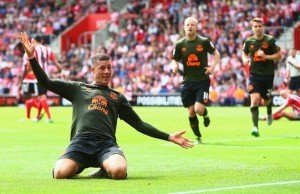 Another Everton player made the dream-team following their impressive win against Southampton.

Ross Barkley once again on the score-sheet for Everton meaning he picked up 11 points on Fantasy this week.

Five points for the goal, three points for an assist, two points for minutes played, one point for a clean-sheet and a further point added in bonuses.

However, the midfielder lost a point for being booked. 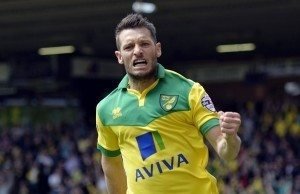 Another Norwich City midfielder made the dream-team alongside Nathan Redmond.

Hoolahan got himself two assists during their victory over Sunderland at the Stadium of Light, and he also got two points for minutes played, one point for clean-sheet kept whilst on the pitch and also a further point in bonuses.

Similar to Redmond, Hoolahan was subbed off before Norwich conceded, meaning he technically kept a clean-sheet. 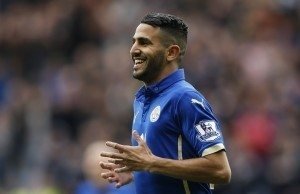 After his brace in opening weekend, Riyad Mahrez continued his great form into the second week of the season, earning himself 10 points.

Five points for the goal he scored, two for minutes played and three points in bonuses.

He’s a must have in your Fantasy team so it seems.

A superb weekend for Romelu Lukaku got himself 13 points for game-week two.

Eight points for his goals, which helped Everton beat Southampton 3-0, and then three bonus points and two more points for minutes played.

Three Everton players in the dream-team.