Who made the Fantasy Dream Team?

It was another captivating weekend of Premier League football, as players continued their great form, or stamped their mark on the league in style.

The official Fantasy Premier League game is played by over three million people, and each week, a dream team is created from all the players who have enjoyed stellar performances.

If you had just a handful of these players below, you’d be on your way to a prosperous weekend.

The highest score so far in the whole of the game was a whopping 106 points.

The highest scoring player in Fantasy Football this week was Bournemouth striker Callum Wilson, who struck a stunning hat-trick in the Cherries‘ first ever Premier League win.

Here is the dream XI:

Krul managed to keep the likes of Rooney, Mata, Depay, Schweinsteiger at bay with an excellent goalkeeping display, that helped earn Newcastle a hard earned point away at Manchester United.

He was helped in part by a very solid team defensive performance by the likes of Coloccini, Taylor and Mbemba, but Krul deserves plenty of credit for a string of terrific saves. The best of the lot came when substitute Javier Hernandez was put through one-on-one. Krul stood up as long as he could, and blocked the shot.

He earned four points for a clean sheet, two of course for playing over 60 minutes, a further two points for eight registered saves, and three bonus points.

Sagna could easily be joined in this team by team mates Vincent Kompany and Eliaquim Mangala, but the Frenchman makes it for another solid defensive showing.

He is proving a more than decent replacement for the injured Pablo Zabaleta, just proving the strength in depth that Manuel Pellegrini’s side possess.

A 2-0 win for City bought Sagna four points, plus two for playing more than 60 minutes, and a lovely bonus three points. 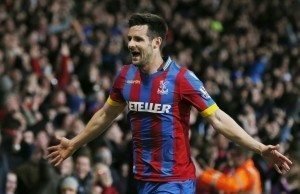 Dann is proving to be quite a hit at the heart of Alan Pardew’s defence, with the Palace boss tipping him for an England call-up.

This week, he weighed in with a stunning header to open the scoring against Aston Villa, and then played in Bakary Sako for Palace’s winner.

He amassed a fruitful 14 points with six points for scoring as a defender, three for an assist, two for playing over an hour, and a bonus of three. 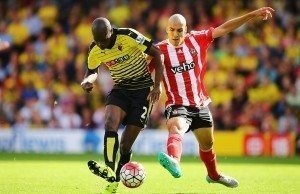 Just 0.2% of Fantasy Football game players have the Watford centre back, and will be very happy that he bought in nine valuable points.

He managed to snuff the general threat of Graziano Pelle, and then substitutes Shane Long and Jay Rodriguez in the Hornets third successive draw of the campaign.

Four for the clean sheet, three bonus, and two appearance points for Nyom.

There was only one left back that could get into the dream team, and that would be Kolarov, the second highest points scorer in gameweek three.

The Serbian international is striking up a deadly partnership with new City signing Raheem Sterling, and it was those two that combined for the Sky Blues’ first goal at Everton on Sunday.

Kolarov smashed the ball home from a tight angle.

A juicy six points came in for his goal, four for a clean sheet, two appearance points, and three bonus points, gives a very nice total of 15. 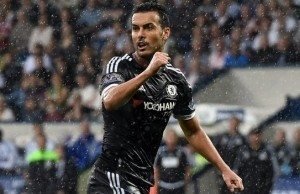 What a debut it was for the man bought this week from Barcelona, right under the noses of Manchester United.

Jose Mourinho will have been quietly smug with pulling off the coup, especially with his performance in Chelsea’s first win of the season at West Brom.

He opened the scoring with a deflected shot, and set up Diego Costa’s goal, looking very competent alongside Hazard and Willian on the counter attack.

A goal, an assist, playing 83 minutes, and a bonus came to 13 points, a very good return on his first Premier League weekend. 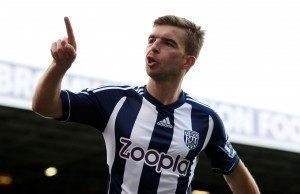 It was a bit of a mixed afternoon for Morrison. He started badly by missing from 12 yards, with a tame penalty, but then scored with a good finish from 15 yards.

Morrison pulled the score back to 2-3 with a chance to snatch a result, with John Terry having been sent off. But he ended up on the losing side.

Two goals sees him get 10 points, along with four in appearance and bonus, but the -2 penalty miss points makes his score 12. 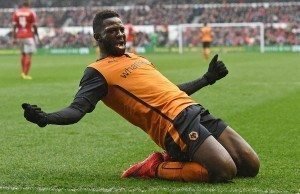 On a weekend of debuts, Sako’s was very impressive as he netted a late winner for Crystal Palace, with a precise finish.

He was lethal at Wolves along with Benik Afobe and Nouha Dicko, and he proved this weekend at least that he can cut it in the big time.

Five oints for a goal as a midfielder, although he may play further forward in the coming weeks. Five further points came in playing over an hour and bonus. 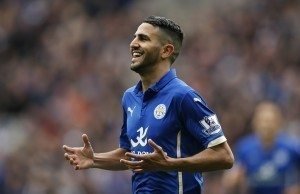 What a start to the season the Algerian has made, which prompted many to transfer him in to their Fantasy League side for this weekend.

And he duly repaid the faith shown in him with an equaliser for Leicester as they drew 1-1 with Spurs. It was a fabulous curling shot that left Hugo Lloris with no chance.

A safe ten points, the same way as Sako, keeps him as the top scorer for the whole season so far. 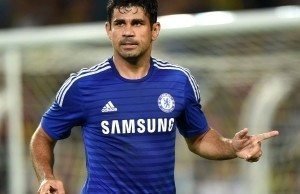 Costa has struggled so far, but looked back to near his best in a dominant centre forward display on Sunday.

He scored with a clinical finish to give Mourinho’s team a 2-0 lead, and set up another.

Expect next week to see many transfer Costa into their side. 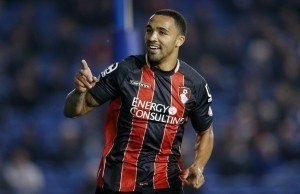 The standout performer of game-week three was Callum Wilson of Bournemouth.

His hat-trick at Upton Park gave The Cherries a 4-3 win over West Ham United and it gave him a superb 17 points on Fantasy for the week.

Very successful game-week for Wilson and for Eddie Howe’s men.