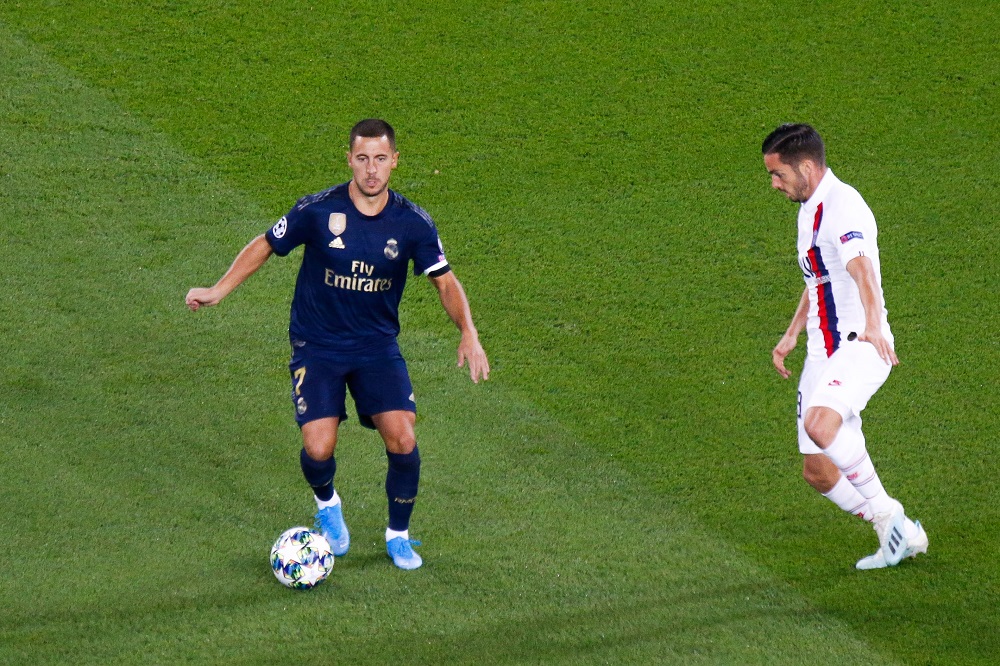 The Belgian joined Los Blancos in a €100m transfer this summer after spending seven years at the Stamford Bridge. However, Hazard’s life at the Bernabeu has largely been miserable owing to the mediocre performances they have churned out since the start of the season.

Hazard was left frustrated with yet another loss as Real Madrid slumped to a 3-0 defeat against Paris Saint Germain. Former Real Madrid man Angel di Maria scored a brace to guide PSG to victory.

Talking about the situation, Hoddle said,

“For many years you’d look at them and think they only want to play when they’ve got the ball,” he said about Real Madrid.”

“Collectively they don’t want to defend. Their midfield are loose. They let runners go, no one tracks anyone.”

“That collectiveness as a team, they look as if they’re playing like individuals. I just worry that [Eden] Hazard has gone there at the wrong time.”

Zidane’s men will face Sevilla on Monday as they return to action the LaLiga.