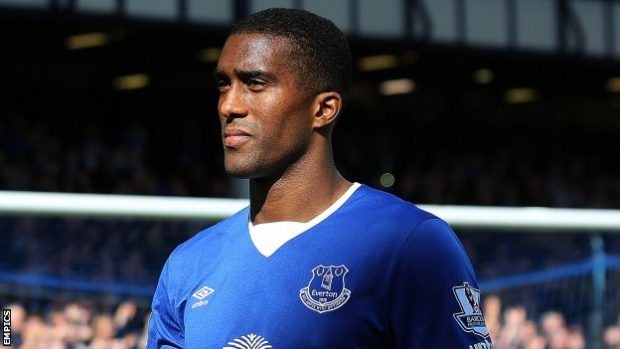 Frenchman was released by Everton

Distin is a free agent after his contract with the Toffees expired at the end of last season.

He has not had a medical with the south coast as yet, but this should not prevent any deal from happening.

Distin, 37, has a wealth of Premier League experience, having played for Manchester City, Portsmouth and Newcastle United as well as Everton.

It has been a busy summer of transfer activity at Dean Court as manager Eddie Howe prepares to lead the club in their first-ever season in the Premier League.

The Cherries, winners of the Championship last season, have snapped up Artur Boruc from Southampton, Adam Federici has arrived from Reading, and Josh King signed on a free transfer from Blackburn Rovers.

Also, a loan deal has been agreed with Chelsea for young star Christian Atsu.

Distin’s wealth of experience should be a huge asset for Bournemouth as they prepare for this exciting new chapter in their story.