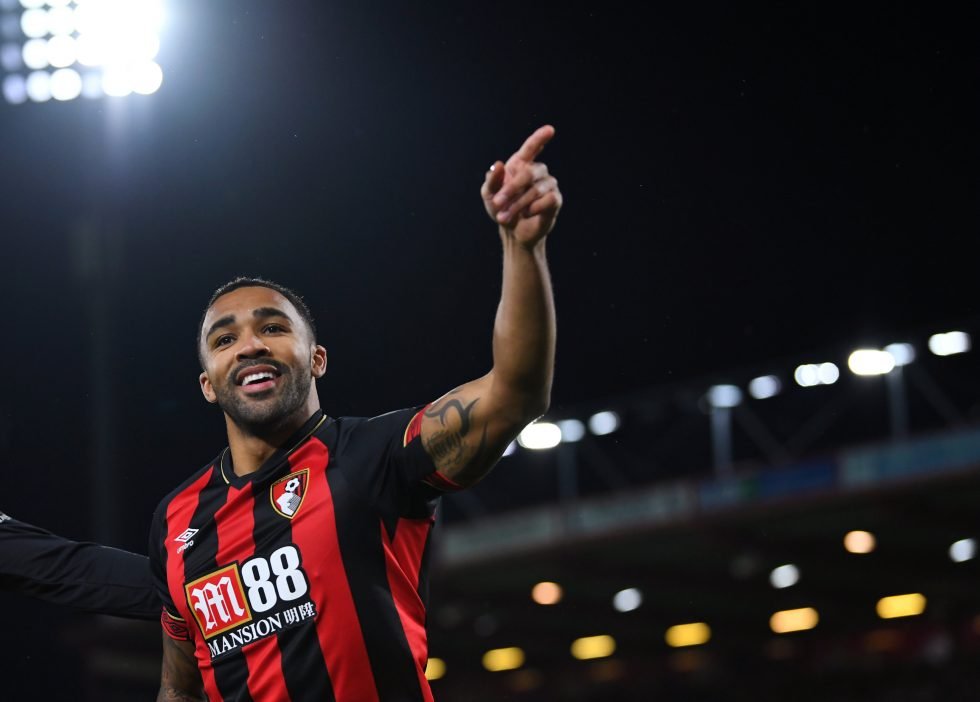 Chelsea’s assistant manager Gianfranco Zola has confirmed that Bournemouth striker Callum Wilson is a target for Chelsea ahead of their Carabao Cup fixture against the Cherries on Wednesday night. Wilson is one of the many strikers who have been linked with a move to Stamford Bridge to solve Chelsea’s No.9 woes.

While Morata and Giroud have shared a meagre 6 goals between them, Callum Wilson has already scored 8 so far this season and also netted on his England debut last month. Along with Josh King and Ryan Fraser, the 26-year-old has been one of the cornerstones of Bournemouth’s early-season success and his scintillating form has evoked interest from the big clubs.

Talking about Wilson, Zola said, “Certainly Callum Wilson is doing very well for this club and he’s an interest not only for us but for many.”

The Chelsea legend further added, ” He’s strong, fast and he sees the goal. I like [him] because he’s quick but also strong in the air, which is also a very important quality.”

“Having said that, I don’t want to go too much into it. He’s doing very well and I’m pleased for him.

“He has a lot of qualities that can take him a long way. I really hope that he keeps improving like this.”

Zola also revealed that Morata will not feature for Chelsea against Bournemouth, while star man Eden Hazard is a major doubt too.

Given that Wilson has done really well this season, it will be interesting to see whether Chelsea follow-up their interest in the 26-year-old in January.