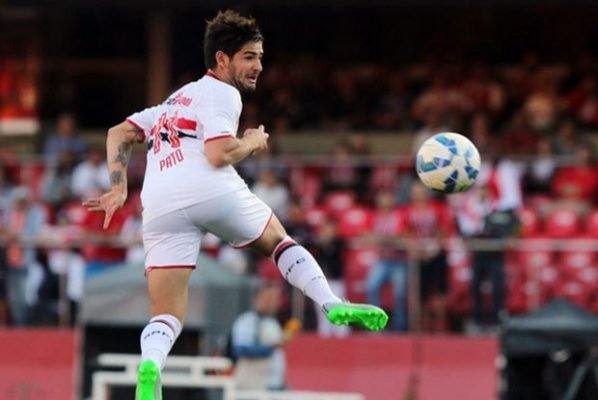 Chelsea manager Guus Hiddink has dropped a massive hint that Alexandre Pato is set to become a Blue.

The Brazilian striker has been strongly linked with a loan move to Stamford Bridge over the past few weeks, and Hiddink has now admitted he’s in London and is set to complete his temporary switch.

Pato has been linked with several Premier League clubs throughout the January transfer window, but it is Chelsea who have won the race, and speaking in his press conference today, Hiddink confirmed that they are just finalising the last few details of the deal.

Paperwork To Be Done

‘He is in London. He is now in the process of bureaucratic paperwork,’ said the Dutchman.

‘It’s not a gamble. Loan makes it possible to have a good view on him, whether he is able to adapt to the high demands.’

The six-month loan deal could give Loic Remy the chance to leave on loan as well, with the striker desperate to play first-team football ahead of the summer’s European Championships.

That would still leave Hiddink with three striker options with Diego Costa, Pato and Radamel Falcao.