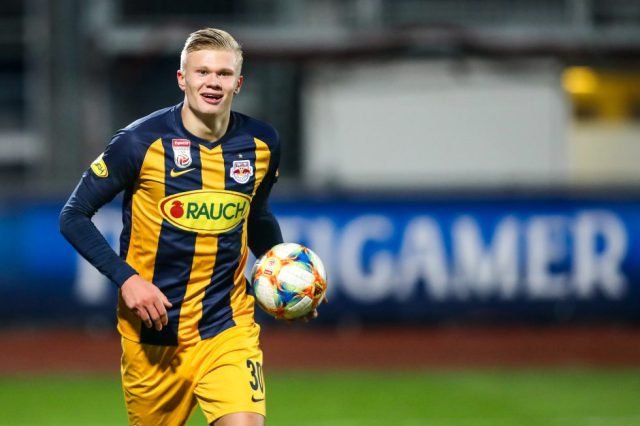 Haaland is feeling the heat from the club to decide where his future lies next season.

Erling Haaland finally breaks the silence on his future at Dortmund. He has revealed that Borussia Dortmund are pressuring him to make a decision on his future as soon as possible.

Some big European clubs are linked with the Norway international such as Barcelona, Real Madrid and Manchester City.

Speaking after his club’s 5-1 win over Freiburg, Haaland admitted that he is feeling the heat from the club to decide where his future lies next season – and fast.

Haaland spoke to Norwegian outlet Viaplay Football and said, “Over the last six months, I’ve chosen not to say anything out of respect for Dortmund.

“But now the club has started to press me into making a decision when all I want to do is play football.

“But they press me now into making a decision about my future so that means I’ll have to make one soon.

“I have to accept that. I’ve chosen not to say anything out of respect for the club and the fans but now there’s a lot of pressure coming from the club.

“So now it is time to get things sorted. That’s what they want so it means things will happen now.”

The former Salzburg star has been in red hot form this season and hot property in the transfer market.

He added, “I’ve said from the beginning I just want to focus on football because that’s when I’m at my best, not when other things are in my mind.

“But they’ve put pressure on me for a while so it’s time to get things started.