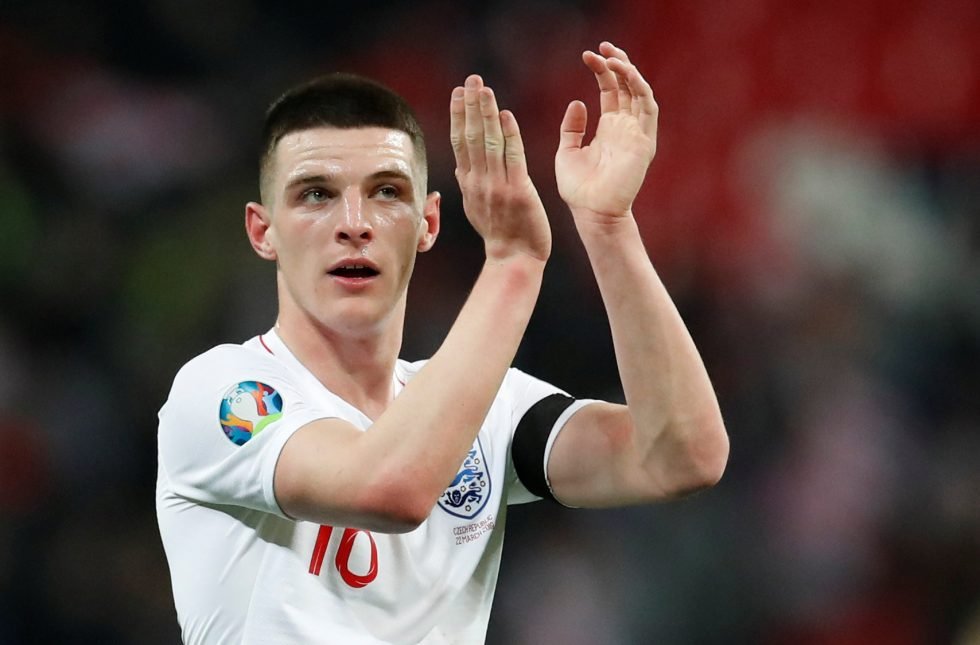 Declan Rice has said that he wants to emulate John Terry in the future.

The new England international is one of the rising stars in the Three Lions ranks.

West Ham United defensive midfielder has said that he desires to emulate legendary England and Chelsea defender John Terry in the future. The 19-year-old started his career as a central defender but later started playing as a defensive midfielder and has done exceptionally well so far to earn his maiden call-up from the national side.

Speaking to Football Focus, the defender-turned-midfielder said, “I was always looking up to John Terry as a kid. He was Chelsea captain and England captain, and with him it was his leadership skills, he was so well respected in the game.”

He added, “Hopefully if I carry on the way I am going, I am only 20 years old and hopefully I can be as well respected as he is.”