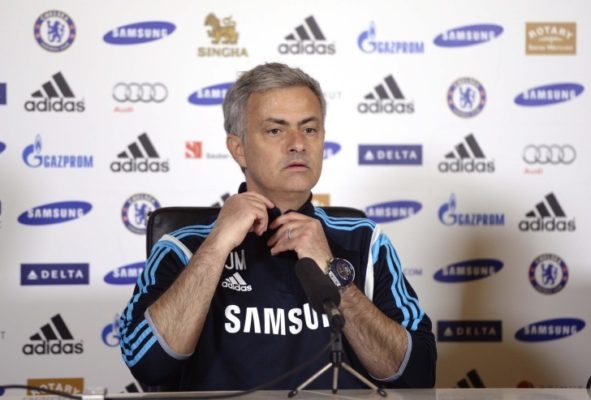 Portuguese reveals what’s left for Chelsea in the transfer market

Chelsea manager Jose Mourinho has revealed what he wants to sign before the summer transfer deadline, and he’s highlight his defence that needs work.

The Blues have already signed Radamel Falcao on loan from AS Monaco and Asmir Begovic from Stoke City as a Petr Cech replacement, but Mourinho still wants two more players.

The Blues just lost Filipe Luis as he agreed to return to Atletico Madrid, leaving Chelsea with just Cesar Azpilicueta as an option at left-back.

Mourinho is also wanting a fourth-choice centre-back, with Gary Cahill, John Terry and Kurt Zouma the other three.

John Stones, Baba Rahman, Faouzi Ghoulam and Alex Telles have all been linked with a move to Stamford Bridge, and Mourinho has admitted that two defenders will be signed.

He said: “This moment we have five, four to play and one on the bench. But five is not enough. That’s obvious.

“I say we need seven plus a quality kid. A quality kid we have. It’s just a question of make a final decision and deciding who to get.”

“I have people in mind, but we make our own rules and know the players’ value.

“We know when we have to stop and turn to another side and option because we as a club make rules nobody can change.”