Leicester improved their squad this summer ahead of the 2022/23 season. After an incredible 2015/16 season, where they won the Premier League against all odds, Leicester City had a challenging season in 2016/17. Unfortunately, they did not live up to the same heights again and only managed a 9th place finish. Since then, they came close to a top-four finish but every time they missed out chances. Watch & Bet Football =>

In 2018, Claude Puel took over from Craig Shakespeare and managed to turn the team around after they found themselves languishing near the bottom three in the 2017/18 season.

However, after their recent poor run in the Premier League, which sees them getting stranded at the 12th position in the league table, the French gaffer was also shown the door and new boss Brendan Rodgers was handed the job of a manager in 2018. Since then, he is handling Foxes. He won two trophies but he is eager to earn European qualification.

In 2020/21, they won the FA Cup title after beating Man City which is their most recent memory from the trophy cabinet. In the same year, they also won Community Shield. Rodgers has given fresh energy to this team and they will be looking to make a spot in the top six at least.

The Leicester City FC squad for the 2022/23 season consists of these players.

Leicester City are most likely very comfortable with their current goalkeeping options. They had one of the league’s best goalkeepers, Kasper Schmeichel, but he left the club this summer. This season there has been no change in their goalkeeping options. Alex Smithies is the latest addition from Cardiff. Danny Ward is currently the first-choice goalkeeper for 2022/23 season.

Leicester struggled a bit defensively last to last season and as a result brought in a new player last summer. Jannik Vestergaard and Ryan Bertrand joined the club last season from Southampton.

The Foxes signed Turkish centre-back Caglar Soyuncu in the summer of 2018 and he si still with the team. Soyuncu replaced Maguire in the first team. The Turkish centre-back has been termed as one heavy artillery player by his former teammates like Chilwell who said the player is always a fighter, both on and off the pitch.

However, a big change with Leicester this year is that defender Wesley Fofana left Leicester for Chelsea Football Club.

In midfield, Leicester are not short of good players. They N’Golo Kante who was influential in their title success of 2015/16. However, they still have some good players in there to fill the gap.

They signed Wilfred Ndidi and he put in some good performances over the last two seasons. The Foxes brought in Youri Tielemans in a swap loan deal from the French club in the January 2019 transfer window and later, made his deal permanent. He has become a star in the Leicester City team and has also broken into the Belgium national team. It is being reported that big teams like Manchester United are circling the young midfielder and also keeping their eyes on James Maddison of England. 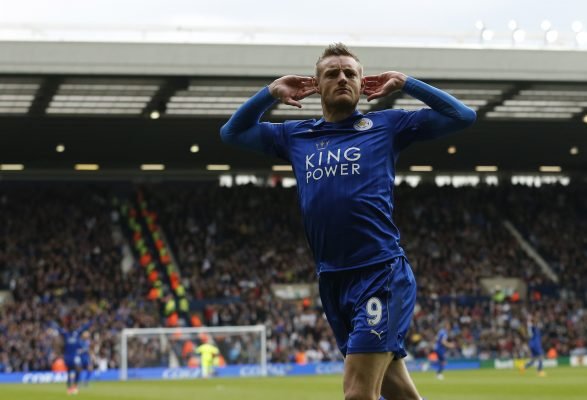 Going forward is where Leicester as a squad really shine. They have some really talented and pacy players in that area of the pitch and do often score lots of goals. The stand-out talents are Jamie Vardy and Kelechi Iheanacho. The goals these Vardy scored in 2015/16 was crucial in the title win, and Leicester will feel lucky that they’ve still managed to keep hold of Jamie Vardy.

The Foxes also signed a new player from Newcastle United in the form of Ayoze Perez. The player from outside the continent has been a strong influence in the new team. He is a strong player who is quick on the turn and can score goals easily. He along with Vardy form a smart front line. Watch & Bet Football =>

To find out about Leicester City player salaries 2022, click here.