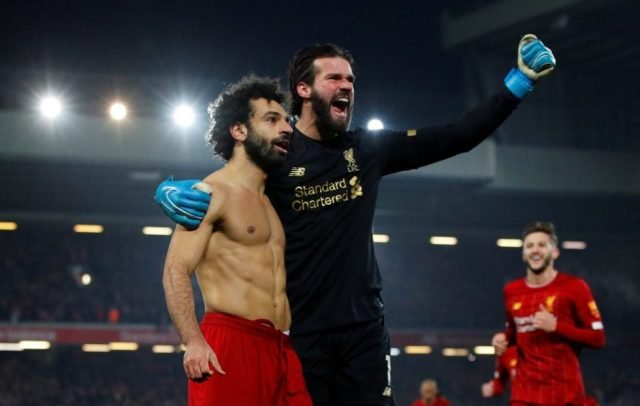 Jamie Carragher is not confident of Liverpool finishing in the top four.

The Reds are sixth in the table with Chelsea taking up the fourth spot and 5 points ahead.

Speaking on Sky Sports on Monday night after the win, Carragher said, “It’s been a freak, been really poor the teams they’ve lost to.

“But when we talk about teams at the bottom, it feels like there’s going to be a real fight for top-four and the relegation places this season.

“At this moment, I still don’t believe Liverpool will get the top four. I think they will just miss out.

“But when we talk about the teams at the bottom, someone has that little late run and makes other teams feel nervous, that’s what Liverpool have to do in these next couple of weeks.

“Make Leicester feel a little bit nervous, Chelsea nervous, the positions they’re in now, and almost take this to the wire.

“I know other teams are playing each other. No one will get maximum points, it’s impossible because there’s that many people involved in this race for top-four.

“There’s still a bit of a gap. It was a massive result for Liverpool tonight in terms of top four or potential top four. A lot of teams around that position lost points this weekend.

“It puts them into sixth, still a way to go but there’s still plenty of games to go.

“That’s what Liverpool need to do, with four or five games to go, be in a position where you can basically jump if someone makes a mistake.”