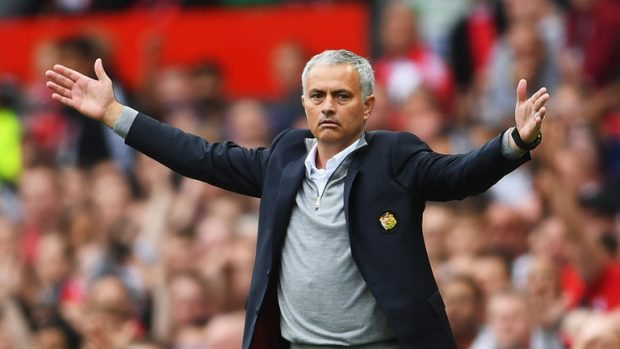 The former Southampton defender has fallen under tough times since his move to Old Trafford.

He has been criticized for his work-rate and effort in training by both former United boss Louis van Gaal, and by current manager, Jose Mourinho.

But Shaw believes he will prove his critics wrong – and insists he and Mourinho maintain a good relationship, and that he WILL fight his way back into his favour.

“The criticism was very hard but I’ve had it before,” Shaw said. “But this time around I dealt with it better.

“When I first came to United there was a lot of discussion about me and that was hard, it was something that was new to me. I was used to positive feedback and comments in the media but coming to United everything changed, there was negativity.”

Shaw admits this took an effect on him, and his game – and knocked his confidence, but feels this time around will be a different story.

“I took that badly and it knocked me down a bit but this time I’ve come back wanting to fight and I want to prove everyone wrong.

“At the end of my meeting with the manager I said ‘I’m going to prove you wrong’. I believe and want to do that, not just for myself but for the fans that have been behind me and supported me through this time.”

“I can see the light at the end of the tunnel and I want to push for the best from me.

“I wished the season wasn’t coming to an end, I wish it was the start, because I want to play games and games and hopefully I can keep giving good performances and keep my spot in the team and push for the Europa League and top four.”

“You could say I’ve turned the corner but I’d say I’m at the start of turning the corner,” he added.

Shaw also insists that he took what Mourinho had to say about him in a positive light, and is using it to improve his performances on the pitch.

“It was what I needed after what the manager had said over the last couple of weeks, although I took it positively.

“When he said ‘good performance’ when I came off the pitch it made me feel better as a person and more confident than I already was.

“It was very important for me to get those minutes, they were a good 60 minutes. I was disappointed not to have played the full 90 but the manager was positive with me and it was lovely to see.

“I had a really good chat with him (after the criticism) and I totally agree with him – I will do whatever he wants.

“I’ve always been a hard worker but maybe, if I look back, maybe I wasn’t working as hard as he likes.

“We had a really good talk and he discussed what he wanted from me and even in a week-and-a-half I’ve seen a massive change in myself, not just on the pitch but off it as well.

“Now it’s my time to fight until the end of the season and show the boss what I can bring to help his team.”

Manchester United still have the Europa League to focus on, and having already won this seasons league cup, Shaw will be hoping to force his way back into the side before the end of the season, especially with some of the defensive issues and injuries they are currently dealing with.