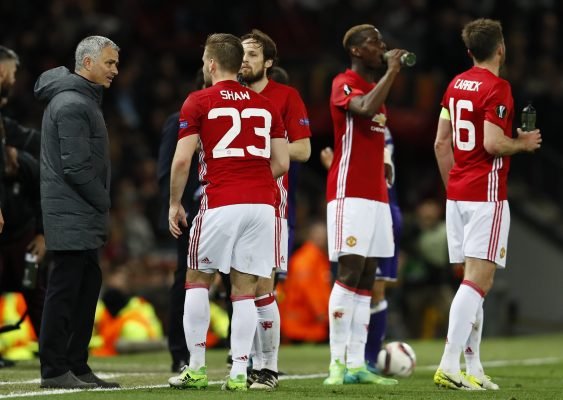 Man Utd star on the way to Turkish giants Fenerbahce?

Manchester United’s versatile defender Daley Blind could be set for a shock January move to Turkish giants Fenerbahce, according to reports today.

We ran the story yesterday that Blind, Luke Shaw and Matteo Darmian could all be allowed to leave Old Trafford in the transfer window, and now it seems that the Dutch international may have found a potential suitor.

According to Turkish Football, Fenerbahce will make a move for Blind when his contract expires next summer.

The 27 year-old has fallen out of favour with Jose Mourinho this season, and is free to negotiate a contract with other clubs from January if, as exepcted, he doesn’t renew with the Red Devils.

Luke Shaw was also the subject of recent interest from Fener but a move never materialised, but it seems that their pursuit of Blind is more serious.

He is not the only United player out of contract next June, with Ander Herrera and Marouane Fellaini also at risk of leaving for free at the end of the season.

Will Jose Mourinho make any moves in January? Find out Manchester United’s Top 5 Targets for the January Transfer Window here!

Man Utd star on the way to Turkish giants Fenerbahce?