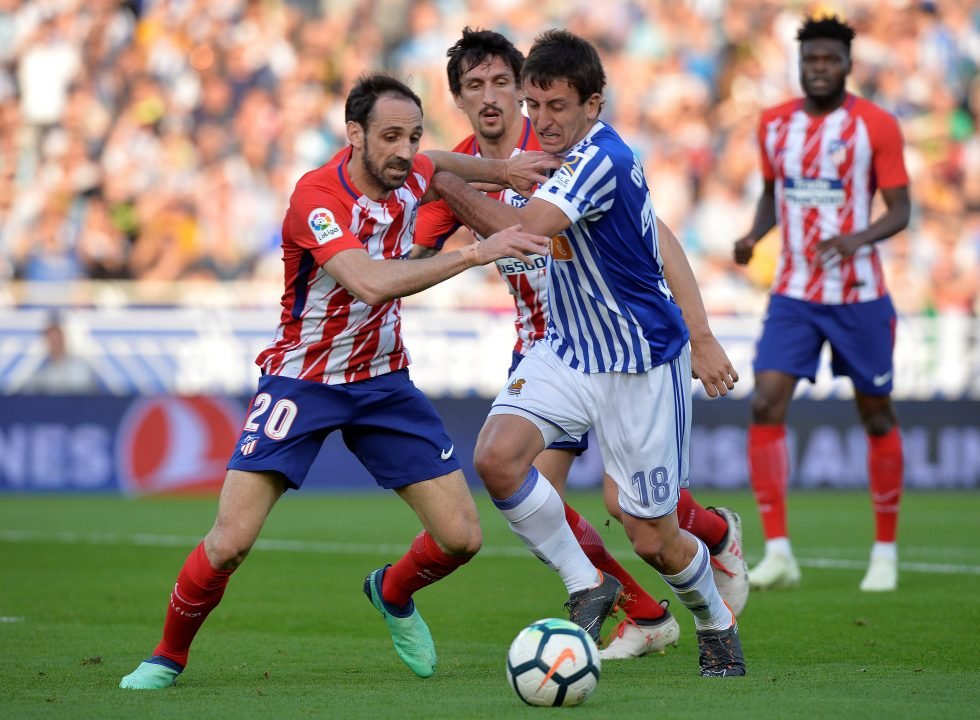 According to the latest reports, Manchester City have picked out Real Sociedad’s Mikel Oyarzabal as a replacement should Leroy Sane head for Bayern Munich this summer.

The German winger is being heavily pursued by Bayern ever since they fell short in their attempt to sign Chelsea’s Callum Hudson-Odoi. The Bavarians are desperate to find long-term replacements for Frank Ribery and Arjen Robben.

While they do have Kingsley Coman and Serge Gnabry in their squad lineup, Niko Kovac is eager to add another outright star. Sane has developed that ability after three successful seasons at the Etihad.

Losing would be huge for Pep Guardiola’s side as AS claims that City are ready to match Oyarzabal’s €75m release clause if needed. The Premier League champions are thought to have already contacted the player and his representatives.

Real Sociedad, however, have expressed a strong hesitance in letting the 22-year-old walk. They are looking to tie him down to a longer contract with a pay bump. German news outlet, BILD claims that City could be drawn into transfer negotiations with a bid worth €90m. The player himself has shown no indication of wanting a move away from the Etihad despite seeing his minutes drop last season.