Both teams have had relatively strong starts to the season, but it’s Conte’s men who are higher in the table, unbeaten and with 3 wins out of 4. However, going forward, Liverpool have looked incredibly impressive, putting 4 past champions Leicester at the weekend, and past Arsenal on the opening weekend.

Of course, Liverpool struggle defensively, and Chelsea will look to exploit that. They’re lacking a decent left-back, with Moreno a lost cause and James Milner only a temporary solution. The concern for the Reds will be the blistering form of Diego Costa, who has really impressed 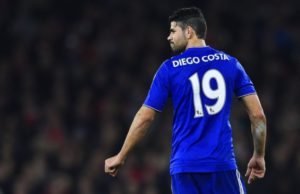 in these opening games of the season. He and Eden Hazard look like completely different players to last season, a lot more dangerous and interested in playing football. Klopp had his say on Costa today, and you can read his views on the Spanish international here.

Chelsea also have their defensive problems, however, with John Terry out of the squad with an ankle injury. Because of this, it’s been confirmed by Conte that David Luiz, who is yet to play since his resigning, will feature in the match. Liverpool have no fresh injury problems, but Emre Can and Dejan Lovren have both been passed fit to feature in the game should Klopp choose to include them.

Klopp is also set to have new goalkeeper Loris Karius fit and available, who is returning after breaking his hand in pre-season. This news has left fans split in the decision whether to drop Simon Mignolet from the first team, or stick with the Belgian. Many fans believe that Mignolet is too mistake-prone, while others believe that the goalkeeper shouldn’t be dropped until he makes a fatal mistake. Ex-Liverpool ‘keeper Chris Kirkland has had his say, and you can read his views here.

This will be the 53rd meeting between these two sides in all competitions this century, more than any other two teams in English professional football.

Chelsea have lost just once in their last eight Premier League games against Liverpool, though that was in this fixture last season (W3 D4). 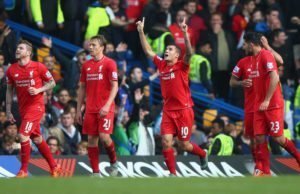 Phillipe Coutinho bagged a brace and Christian Benteke added to it as Liverpool took a 3-1 win away from Jose Mourinho’s side at the time.

That win in October of last season was Jurgen Klopp’s first Premier League win, as Liverpool put on an impressive performance.

Chelsea have kept just one clean sheet in their last 14 home league games, though this was in their last fixture against Burnley (3-0).

The Blues have won their last two home league games – they’ve not won three in a row at Stamford Bridge since May 2015, when they sealed the Premier League title against Crystal Palace.

Klopp’s side have conceded in each of their last eight Premier League away games – they last went nine without a clean sheet was in May 2005.

I think Chelsea will only make the one forced changed despite the draw away at Swansea. They have good options on their bench, such as Pedro and Batshuayi, with the latter making a very good start to his Chelsea career. They could very easily have had further defensive problems had the FA chosen to charge Gary Cahill for his comments about the referee following the Swansea game, and Chelsea are fortunate to have their centre-back available.

Liverpool on the other hand, have a very good pool of players to choose from. It’s difficult to leave Sturridge out of the team when he had such a good performance on Saturday at Anfield. However, I think he should be dropped for Coutinho, who’s creativity will cause Chelsea problems. Everyone else should keep their place, with Lallana having a storming start to the season and Roberto Firmino improving all the time.

It’s in the balance. It’s a game that could go either way and in all honesty, it depends which Liverpool turn up. Will it be the side who swept Leicester aside on Saturday? Or the team who got beat away at Burnley? It’s a game that relies heavily on which defense can cope better with the opposition’s attack. There will be goals, and I think if Liverpool turn up they can get something out of this game. I’m going to sit on the fence and predict a draw.

Chelsea key man: Eden Hazard. We could’ve chosen Costa, but Hazard’s ability to create a chance or a goal out of nothing could really trouble Liverpool. His performance will be key in Chelsea winning the game.

Liverpool key man: Roberto Firmino. He’s improving in every game he plays, and credit to Brendan Rodgers for scouting his talent and signing him, his finishing is lethal and he’s turning into one of Liverpool’s best players.

Goalscorers: Hazard and Batshuayi for Chelsea. I can see Chelsea needing a goal late on and Batshuayi coming off the bench to score. For Liverpool, I think Firmino and Lallana. Both players are in fantastic form, and have both bagged a few goals in the opening games of the season.