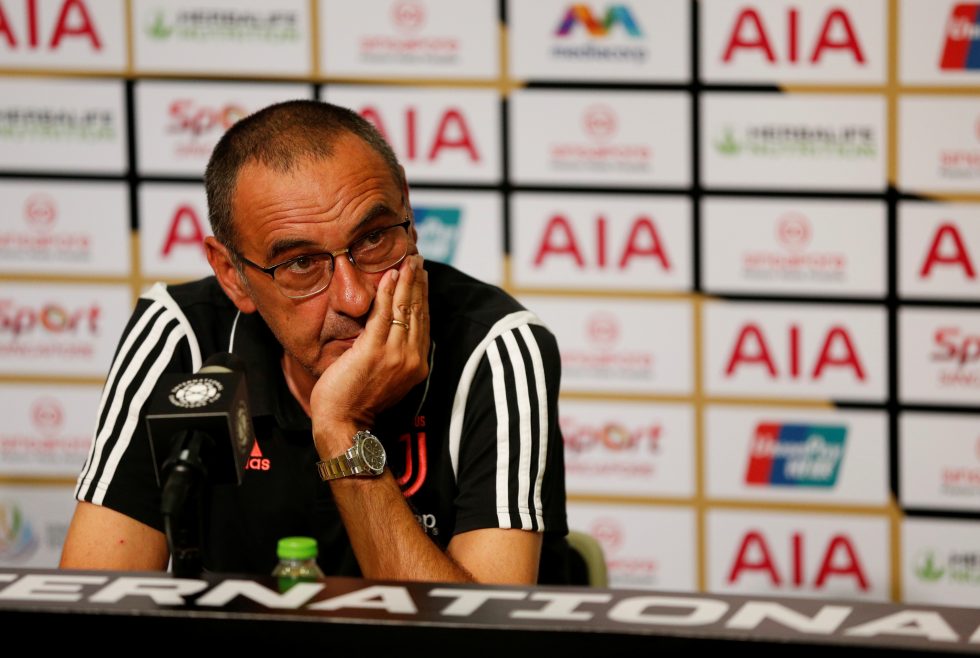 In a sensational statement after Juventus’ exit from the Champions League, Maurizio Sarri revealed that he expected less from his team.

Olympique Lyon went through to the quarter-finals on away goals and the Bianconeri suffered yet another European heartbreak with Cristiano Ronaldo in the side.

“I expected less. I thought we put in a great performance this evening,” he told Sky. “We went behind to a penalty after 10 minutes that could’ve sent us crazy. We completed the comeback, won the game, created six or seven scoring opportunities.

“The team has revitalised itself over the last few days, and if they weren’t devastated in their confidence by the elimination, I’d be very satisfied with their performance. Unfortunately, we went out because of the first leg, in fact the first half of the first leg. It’s a competition that takes no prisoners, as after our great results in the tournament, we are still out.

“I don’t know if you saw PSG-Lyon last week, but Lyon were not as under pressure ever as much as they were in that game. That means we played well and caused them problems. We cannot be in top condition at this time of the year. Unfortunately, we’ve done nothing logical at all this year. We had a month at home, some then who could train, others who were in quarantine, it wasn’t simple to get the whole team working together.

“I felt that the team had recharged itself in the right way this evening. Perhaps we were fuelled by nervous energy and mentality more than physical fitness. If I take away the huge disappointment at the elimination, then I am very happy with the team this evening, as they showed character and gave their all. If we hadn’t been eliminated, I’d return home happy tonight.

“My words were not difficult to interpret. I don’t think directors of a top level will make a decision based on one match. They are going to evaluate the whole season. I find this kind of question offensive, but not towards me, it’s offensive towards the directors. I have a contract, I’ll respect it and I don’t expect anything.

“If I had come here without using Dybala, then I would’ve been asked why I hadn’t risked him. If not tonight, then when? It was a risk, but Douglas Costa was out and Cuadrado had some muscular problems, he was alerting the bench that he was struggling, so we had to use the substitution slot for both Danilo and Dybala.”

This defeat was indicative of where Juventus have been lacking this season under Maurizio Sarri. Despite claiming the Serie A title for the ninth consecutive time, the manager’s job has been thrown into serious doubt.