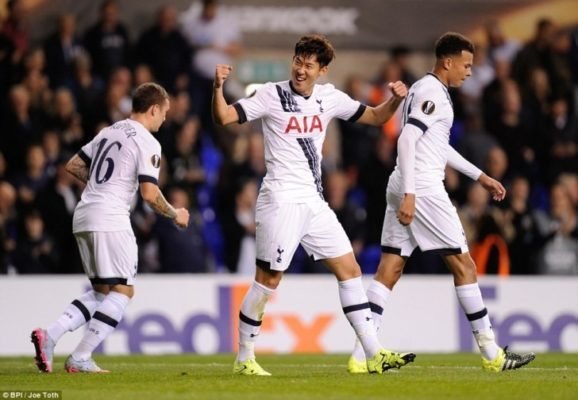 Liverpool draw in France, while Tottenham win at home

After the Champions League games were done and dusted on Wednesday evening, it was time for the Europa League to begin it’s 2015/2016 campaign.

With the winners of the competition now getting a place in the Champions League next season, clubs may start taking the competition a lot more seriously, with Sevilla now in the top European competition after last year’s success in the Europa League.

However for both Premier League clubs, there were several changes in their starting XI, with Liverpool leaving several key players at home for their trip to Bordeaux.

The Reds kicked off in France at 18:00 with the likes of Martin Skrtel, James Milner and Christian Benteke all left in Merseyside.

However, Brendan Rodgers did start Philippe Coutinho after he missed the Manchester United game through suspension.

It looked like Liverpool had done enough to leave France with all three points when Adam Lallana scored a glorious solo-goal, but with just nine-minutes left on the clock, Jussie leveled for the hosts.

The game ended all square.

Adam Lallana on BT Sport: “Before the match we might have taken a point, but we’re disappointed. They scored with five or 10 minutes to go.

“A couple of the young lads did really well, Pedro Chirivella when he came on and Jordan Rossiter were brilliant.

“It’s a positive performance. We’ve lost our last two Premier League games and need to get back to winning ways now.

“We’ve got a tough game on Sunday against Norwich, so we need another good performance and have to make sure we win.

“It’s a point away from home. We need to win our next game in the league and in this competition and then things will look much better.”

The game started terribly for Mauricio Pochettino‘s men when Almeida de Oliveira scored from the spot to give the visitors a shock lead.

However it didn’t last long as summer signing Son Heung-min scored his first goal for the club, which was soon followed by his second.

Erik Lamela secured the three points for Spurs when he scored in the 86th minute to give The Lilywhites a 3-1 win.

Tottenham midfielder Dele Alli, speaking to BT Sport: “It was a solid performance from us. We were unfortunate to give away the first goal but it was a good overall display.

“They made us work for the win – they’re not a bad side. They did well. I’m happy for Son that he got two goals and that I played a part. It’s always good to help the team.”

Spurs ‘keeper Hugo Lloris: “The most important thing is to get the three points, it was the target before the game and we did well after conceding the penalty. We started the game too slowly and after conceding, we picked up our level and came back into the game.”