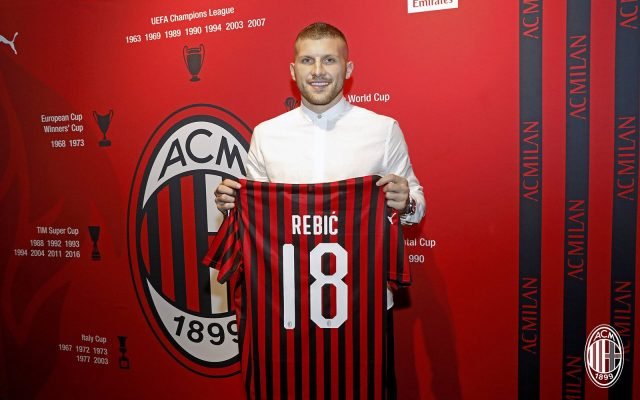 AC Milan have officially completed the scoop of Andre Rebic from Eintracht Frankfurt on a five-year deal.

After finding success on loan last season, both parties were keen on making it a marriage. First Andre Silva headed the other way before Rebic could come to the San Siro on a two-year loan deal. There was no option to buy for either players initially.

Several negotiation meetings later, Frankfurt announced the signing of Silva for an undisclosed fee and Milan go their man in Rebic. The Croatian put pen-to-paper on a five-year deal.

He made 30 appearances for the Rossoneri last season and collected 12 goals and 4 assists. He impressed under different tactical setups, especially with Zlatan Ibrahimovich introduced into the team’s attacking lineup.

Rebic’s sale will hand Fiorentina at least 30-50 % of his transfer fee due to an agreement with Frankfurt earlier. He left Italy for the Bundesliga side in 2018 for just €2 million. Now, he is set to lead Stefan Pioli’s resurgence with Milan from the front.