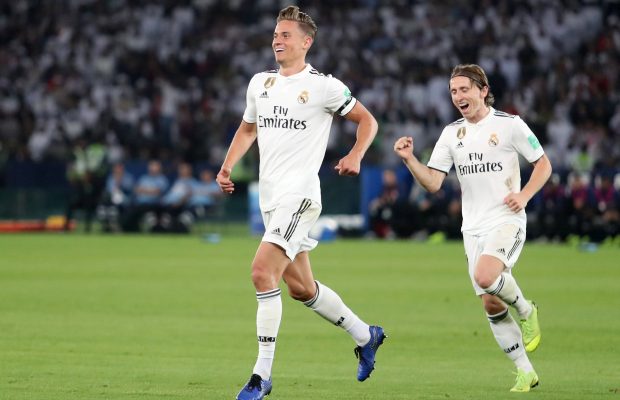 Atletico Madrid have announced that they have reached an agreement with Real Madrid over the transfer of Marcos Llorente. Llorente will undergo a medical at the club and will then sign a five-year contract with Atletico Madrid.

The 24-year old midfielder is a youth product of Real Madrid and played for the club’s B team from 2014-2016. He joined the senior team in 2016 but spent the 16/17 season on loan to Deportivo Alaves. Llorente has so far made 39 appearances for Real Madrid, scoring two goals, both of which came last season, one in the FIFA Club World Cup final against Al Ain and in the Copa Del Rey quarter-final second leg against Girona.

Llorente is Atletico’s first signing of the summer and his addition should help the club as they aim to win the La Liga next season.