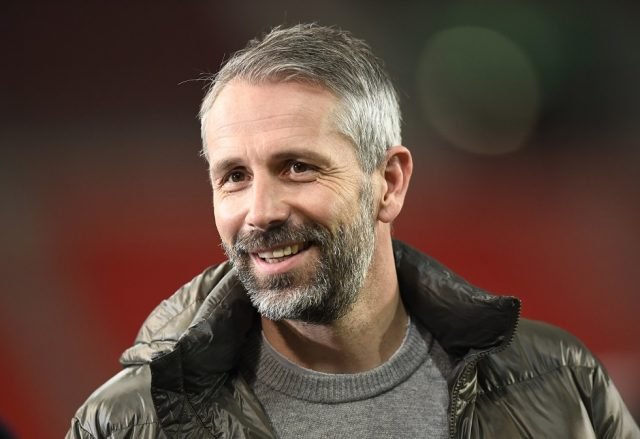 Borussia Mönchengladbach coach has been confirmed to leave after this season.

For months he has been linked with the Borussia Dortmund job and it seems like he will end up there next summer.

“We’ve held many talks on Marco’s future over the past few weeks,” said Gladbach sporting director Max Eberl. “He has unfortunately decided to use the clause in his contract and would like to move to Borussia Dortmund in the summer.”

Sport1 claims that Rose has come to a verbal agreement with BVB over a contract until 2024. He will also look to take assistant coaches Rene Maric and Alexander Zickler to Signal Iduna Park.

Borussia Dortmund CEO Hans-Joachim Watzke confirmed the news of his appointment as he said, “We’re very pleased that Marco Rose has decided to join Borussia Dortmund. He’s currently the coach of Gladbach, both clubs are in the middle of the season.

“Out of respect for everyone involved, we will not comment on this subject again until after the end of the season.”

Dortmund are currently being led by Edin Terzić on an interim basis. They have slid down to sixth in the Bundesliga table but are still alive in the Champions League, ready to face Sevilla.