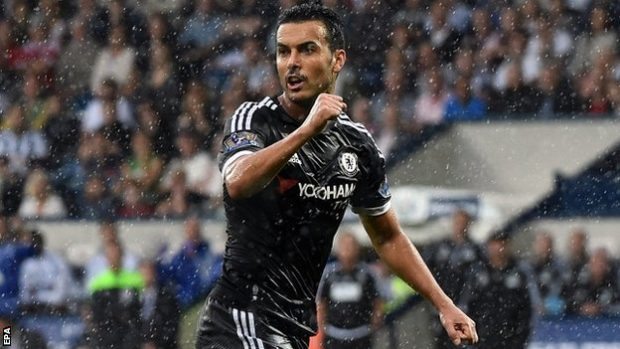 Atletico Madrid are interested in signing Chelsea star Pedro, according to reports.

The Spaniard only moved to Stamford Bridge over the summer after the Premier League champions agreed to pay FC Barcelona £21million for the winger.

Pedro fell down the pecking order at the Nou Camp and was on the brink of joining Manchester United, until Chelsea made a last minute swoop and secured a deal.

However, due to below-par performances and injury problems, Pedro hasn’t enjoyed his brief time in West London and is already being linked with a move back to Spain.

According to reports, La Liga side Atletico are keen on striking a deal and could make a formal move at the end of the season.

Chelsea and Atletico have negotiated before and have a healthy relationship due to deals involving Thibaut Courtois, Diego Costa and Filipe Luis.

It’s not yet understood whether Chelsea want to sell and whether Pedro wants to leave England, but Diego Simeone is keen on luring him back to his homeland.

Pedro has scored just twice for his new club since completing a move in the summer.