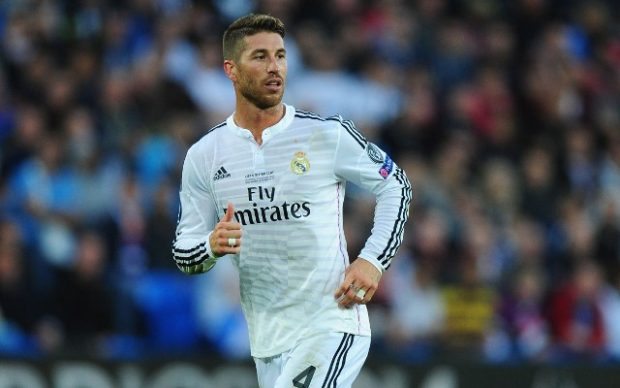 Sergio Ramos is certain to remain at the Bernabeu next season, says Pepe

The Portugal international believes the new Real captain has no reason to leave the capital.

Ramos has previously been linked with a move to Manchester United after reportedly being unhappy with Real’s refusal to meet his wage demands.

Manchester United manager Louis Van Gaal is keen to strengthen in defensive areas and has reportedly identified Ramos as a key target.

However, his central defensive partner Pepe, thinks the 29-year-old is happy and has no reason to move after being named the new captain.

“It’s not going through anyone’s head that Sergio won’t be here with us. I’m sure he’ll be with us because he loves us and the club” said Pepe.

The Spain international has been heavily linked with a move to the La Liga giants and has already reportedly snubbed a £200,000-a-week deal to try to force a move through.

United are reluctant to lose the 24-year-old and have stated it would take a world record bid of £35million to prize away the Spaniard.