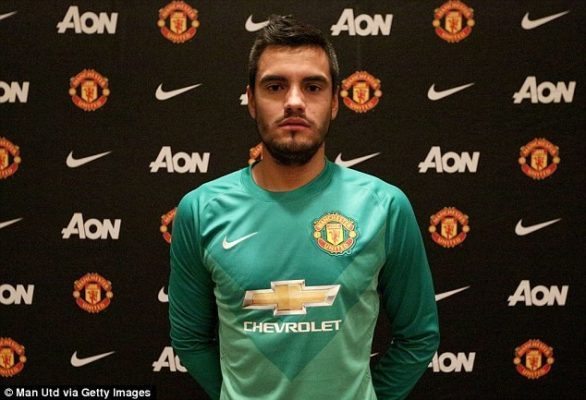 The shot-stopper has agreed a three-year deal with the Red Devils, with an option to extend for a further year, and is expected to replace Victor Valdes at Old Trafford.

Upon signing for the Premier League club, Romero said: “I am absolutely delighted to join Manchester United. To play for the biggest club in the world is a dream come true for me.”

“Louis van Gaal is a fantastic manager and I cannot wait to get started on this new and exciting challenge in my career.”

United boss Louis Van Gaal also had his say about his fifth summer signing: ““Sergio is a very talented goalkeeper. He was a young keeper during my time at AZ Alkmaar and I am delighted he is joining Manchester United.”

“He had a fantastic World Cup last summer in Brazil, although that is something I have put to the back of my mind! He will be a great addition to the team and I am looking forward to working with him once again.”