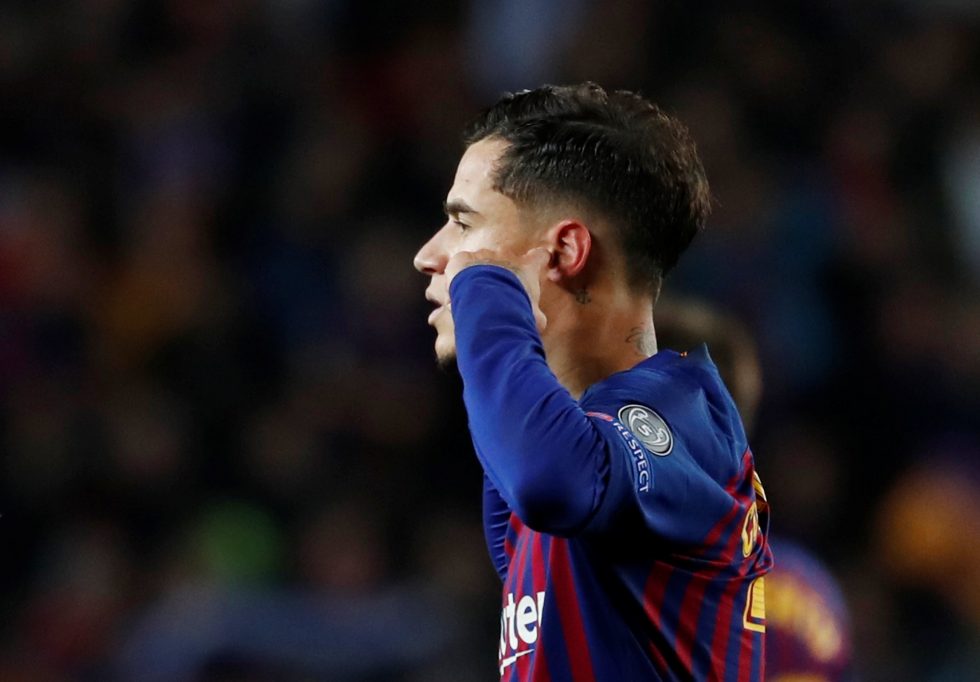 Philippe Coutinho has dismissed claims of him hitting out at his critics with his goal celebration against Manchester United.

The Brazilian has faced a lot of harsh words since the beginning of this season, more often than not from his own Barcelona fans. He has taken a significant period to adjust to life at the Camp Nou but is still struggling to justify his £142m price tag.

However, the 26-year-old did enjoy one of his best performances in a Blaugrana jersey on Tuesday night. He scored on his signature goals from long range, cutting in from the left and curling the ball into the far post with power.

Coutinho proceeded to cover his ears with his fingers pointed in which provoked Barcelona legend, Rivaldo to react. The former striker said, “It was not a nice gesture, as [Coutinho] scored a great goal, but it’s never nice to do something like that to the fans.

”The public criticizes the player because they know he has more to give. I don’t know what happened to him during the week, what he read in the newspapers or saw on television, but you have to keep working, thinking about the next game, and scoring goals. If he gets goals everything will change and he will be a player for the club.”

Coutinho’s reply on social media read, “We should never listen to people who will demotivate us because their speeches only gonna deviate us from the real focus we should take. Never in my life, I disrespected anyone, inside or out of football.”