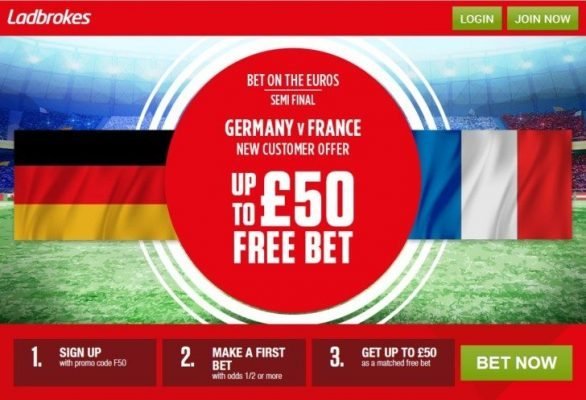 Germany vs France Predicted Starting Lineup, Squads Formation & Team News? Germany (2.95) take on hosts France (2.75) for a place in European Championship final. Winners will play Portugal after they beat Wales 2-0 in their semi-final. The semi-final between Germany (2.95) and France (2.75) will be played tonight at Stade Velodrome, Marseille on Thursday July 7. William Hill offer =>

Germany’s Euro 2016 squad contains several players from the huge German club Bayern Munich who won the Bundesliga title. They also made it to the semi-finals of the UEFA Champions League where they were defeated by Atletico Madrid.

In the second leg of that tie, at the Allianz Arena, a certain Frenchman called Antoine Griezmann scored the decisive goal. Now the European Championships have brought these players together through in a semi-final once more, but this time it is about national teams.

Germany come into the game after beating Italy via a penalty shootout in the quarter-finals, whereas France come into the match after demolishing Iceland 5-2 in their last eight game.

As the tournament progresses, it looks more likely that Germany will do a Spain and win the European Championships after winning the previous World Cup finals, something that the national team from the Iberian Peninsula did in 2010 and 2012 respectively, when they beat Holland and Italy in the two finals.

Thursday’s meeting between France and Germany is a game that most football fans probably would have liked to see in a final. The two teams are packed with superstars and it remains to be seen whether Antoine Griezmann, Paul Pogba and Olivier Giroud and the others in Les Bleus can upset Germany.