Premier League Footballers who are out of contract in Summer 2019

Every summer transfer window is defined by long-running sagas, and frequently they involve players with 12 months remaining on their contract.

Clubs try to avoid reaching this watershed moment, when the balance of power shifts firmly from employer to employee.

Players can use the threat of walking away for free at the end of their deal to leverage a lucrative new contract, or force a move away if their club cannot risk losing an asset for nothing.

Arsenal’s handling of Alexis Sanchez and Mesut Özil was a classic example of the genre last summer, and players are free to talk to foreign suitors once their contract enters the final six months. In this list we are going to talk about players who will be out of contract next summer.

Manchester United Player Who will be out of Contracts in 2019 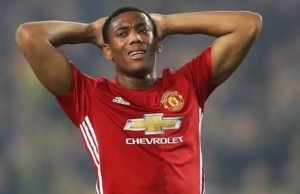 Without question one of Manchester United’s most valuable players in recent seasons, David de Gea is currently in the middle of contract negotiations with the Red Devils. The Spain international was close to leaving Old Trafford in the past, however, and his reputation has grown significantly over the course of the past few years, meaning there would be no shortage of suitors if he wanted to leave. As is commonplace with United contracts, however, there is an option to extend the deal by one year

Arguably United’s most exciting attacking player, but Martial could be a victim of an imbalance in their squad that needs addressing. Jose Mourinho has assembled a collection of wide-forwards who either want to player from the left, in the case of Alexis Sanchez, or he prefers to play on the left but of recent the inform Manchester United forward has been the saviour of the team and the one scoring all the important goals. 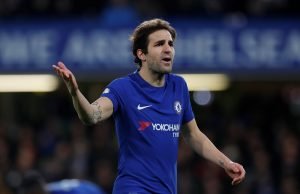 Cesc Fabregas, a key element under Jose Mourinho and Antonio Conte, now finds himself observing from the sidelines in the Maurizio Sarri regime and only coming on as a substitute sometimes just finishing the whole game on the bench

Chelsea’s midfield trio of Jorginho, Kante and Kovacic have thrived in his absence, and even when he recovers, the midfield metronome will either have to take a pay cut and fight his way back — which remains uncertain given Sarri’s philosophy of aggressive pressing — or continue his adventure elsewhere.

At 31, Cesc Fabregas’s leadership qualities and enviable experience in the middle of the park imply he’s still a hot commodity, and would easily slot in as a key player elsewhere should Chelsea decide against extending his contract

David Luiz seems to have won over Maurizio Sarri, with the Daily Mirror reporting that Sarri has been so impressed with the Brazilian that he will offer him a new contract in the new year.

“I had two offers from different clubs but I told Chelsea I wanted to stay,” Luiz said.

“Would I have gone if Conte stayed? For sure. But they changed for Sarri and I have tried to convince Sarri I want to stay at Chelsea.”

The World Cup winner signed an 18-month deal when he made the short trip from Arsenal to Chelsea, but his stint looks set to come to an end in June.

While he’s not scored so far this season, Giroud has contributed to the team in other ways, and might just sneak a new deal at Stamford Bridge; although, according to reports, West Ham have been credited with a revived interest in the Blues striker.

Premier League Footballers who are out of contract in Summer 2019

Here is the list with Premier League Players Who are Out of Contract in 2019:

Arsenal players who are out of contract 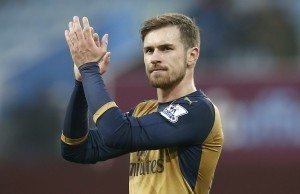 Aaron Ramsey clearly has plenty of admirers, with the box to box midfielder linked to no-less than seven clubs across three countries.

Juventus have perfected the art of the free transfer over the past decade, and with Ramsey’s deal due to expire next summer, there is a good chance he could follow Emre Can from the Premier League to Serie A

The Welshman has been one of the best box to box midfielders in the Premier League, it’s surprisingly how the Arsenal man has not yet extended his stay at the Emirates could it be that he is not in new managers Unai Emery’s plan’s?

While Arsenal have been ridiculed for their defensive fragility in recent seasons, one player who has stood out is Nacho Monreal. However, despite being one of the Gunners’ better performers, he could be set to leave at the end of his contract next summer. Barcelona have been linked with a move for the Spain international, who is equally comfortable at centre-back or full-back.