Just wait until you see this Premier League best starting XI from round 22 below:

For Arsenal, they lost their 5th game of the season as they were out spotted 1-0 by West Ham following a Declan Rice goal asisted by former Arsenal midfielder Samir Nasri

In the other side of London, Chelsea defeated Newcastle 2-1 at the Stamford Bridge to move only a point behind third placed Spurs. Pedro Rodriguez and Willian scored the goals for Mauriccio Sarri’s side while former Blue-Ciarran Clark was on target for the visitors.

In the biggest match of the weekend, David De Gea produced a stunning display as Man United defeated Spurs 1-0 at Wembley. Marcus Rashford scored the winner in the first half on a day that De Gea made 11 saves.

Here you see the standings in the Premier League It’s updated after every game. 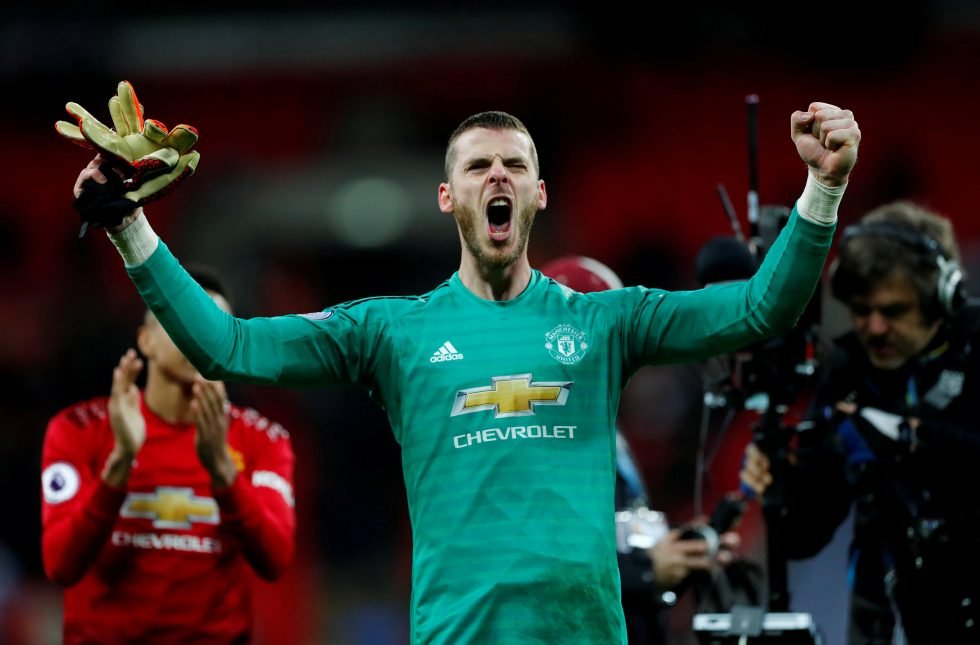 Manchester United goalkeeper made 11 saves in the win against Tottenham on Sunday. He has only made more saves against Arsenal 14. The Spaniard was undoubtedly the man of the match of the super Sunday fixture making 11 saves and keeping a clean sheet for the Red Devils.