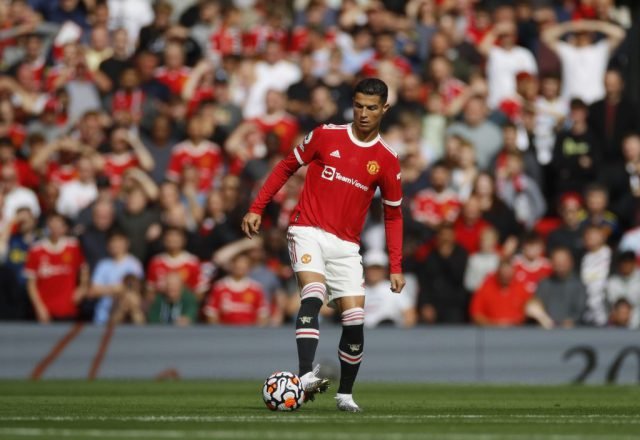 PSG, Bayern and Roma are all monitoring the situation of Ronaldo.

Paris Saint-Germain, Bayern Munich and Roma are all reportedly considering a move for Manchester United forward.

He has been excellent in his second debut for United scoring 14 goals this season across all competition. The 37-year-old made a huge impact despite a poor show from United.

Since the departure of Ole, his performance saw a bit of downfall as he failed to score in his last 7 ties.

The future of Portugal international is uncertain and somehow, it depends on Manchester United’s spot in Premier League.

As per the reports of The Sun, PSG, Bayern and Roma are all monitoring the situation at a time when agent Jorge Mendes has held discussions with United officials.

The outlet also adds that Ronaldo “doesn’t want to spend the last couple of years of his stellar career in mid-table.”

PSG might be a front runner considering their financial situation. Ronaldo will take a call later at the end of the season. United are fighting for the top four finish in Premier League and they will also battle for the Champions League.