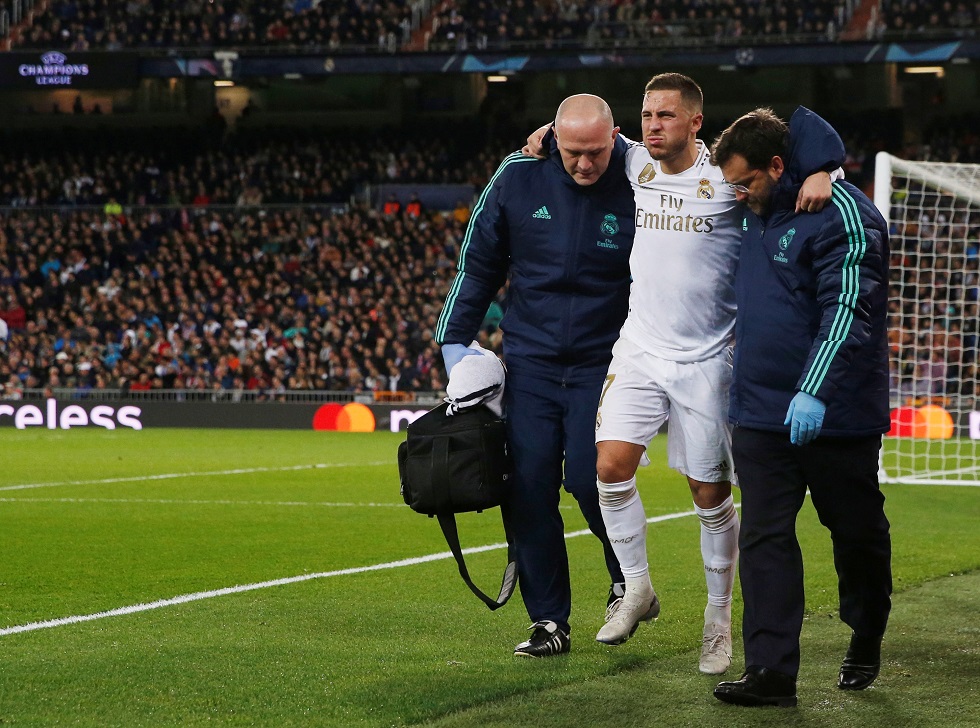 Eden Hazard is due to return in a couple of weeks time after picking up an injury against Paris Saint-Germain.

Real Madrid fans looked troubled when the Belgian limped off in the 2-2 Bernabeu draw on Tuesday evening. At the time, everyone thought it could be a serious injury. Zinedine Zidane even said after the game, “It worries me. He’s hurts. It was more than a blow. I hope it is minor.

To everyone’s relief the £120m summer signing will be fit in time for the crunch December fixtures against Valencia and Barcelona. He is only set to miss the next two league games against Alaves and RCD Espanyol and an inconsequential Champions League fixture against Club Brugge.

Hazard’s injury got diagnosed as a right food bruise and will only keep him out for ten days. The winger has struck the back of the net just once for the Galacticos but he is slowly coming into his own under Zidane. His influence on the left wing was noticeable in the PSG game but the star performer of the match was Karim Benzema. The French number nine grabbed both goals for Real and came close to scoring a hat-trick for time.