Manchester United have made Spanish under-21 midfielder Carlos Soler their prime target for the January transfer window, according to reports in The Independent today.

The Red Devils are looking for a creative midfielder who can also play out wide, and the Valencia man fits the bill.

Soler is enjoying a real breakout season, and has caught the eye of a number of top European clubs with Jose Mourinho having taken a particular interest in the youngster.

At just 20, he looks to have a real maturity to his game and at 6 foot tall is a player who you think would be able to handle the physical demands of the Premier League

He has a £75million release clause in his contract, although Valencia are expected to accept a fee of around £40million and will almost certainly have to sell if they don’t qualify for the Champions League.

United have had great success buying from the Spanish market over the years years, with the likes of David de Gea, Eric Bailly, Ander Herrera some recent examples. 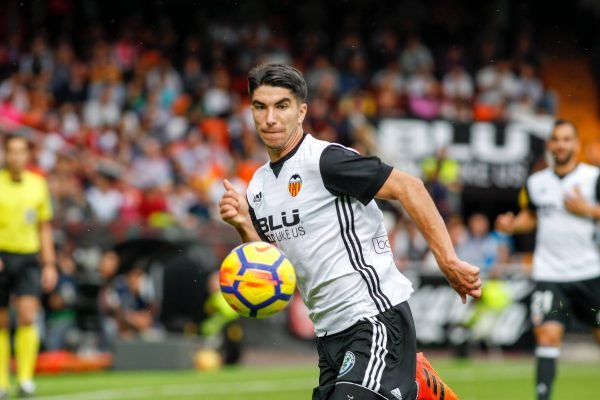