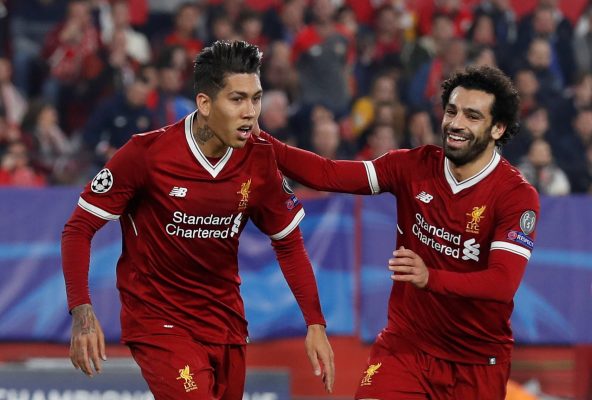 Just yesterday it was reported that Real Madrid wanted Mohamed Salah after Philippe Coutinho’s departure to Barcelona was confirmed.

The Egyptian took to Twitter to respond to the rumours that were surrounding the Liverpool player.

Ever since he joined Liverpool, he has had an impressive run in the Premier League. The player has scored 17 goals and has 5 assists in 22 league appearances already.

That is more than what Ronaldo, Benzema and Bale have scored together!

With his spectacular performance, the Spanish giants were interested in the Egyptian and even wanted to make him the next ‘Galactico signing’.

Salah tweeted in Arabic, which translates to: ‘There is a lot of rumours that are false recently, and there will be no comment on them.”