Sir Alex Ferguson will go down as arguably the best ever manager of all-time, but even he didn’t get it right all the time, especially in the transfer window.

An abundance of Premier League titles, Champions League titles and FA Cup titles, Sir Alex was a simply stunning manager at Old Trafford, but we thought we’d take a look into the signings he made that simply didn’t work out for The Red Devils.

Top-10 worst signings ever made by Sir Alex

Here are the top-10 worst signings ever made by Sir Alex. 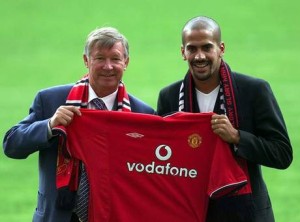 Veron was considered a great player by Sir Alex, but the Argentinian struggled at Old Trafford and failed to live up to his massive price-tag.

After he joined Manchester United in 2001 for £28.1 million, Veron failed to establish a name for him self and in 2003 he joined Premier League rivals Chelsea for just £15 million, meaning United made a loss £14 million.

Why ESL Will Go Ahead Despite Fan Outrage