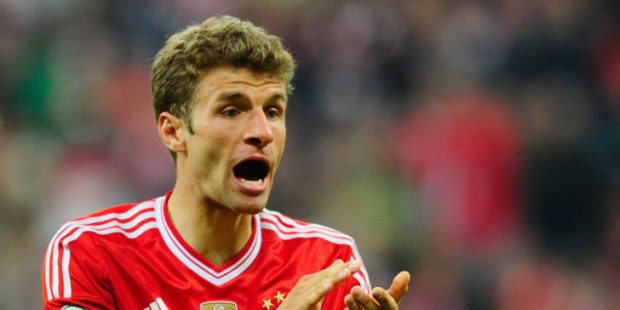 Manchester United and Chelsea to be turned down as Muller stays at Bayern Munich.

A potential move to the Premier League seems unlikely as reports in Germany claim Muller has signed a new 3 year deal at Bayern Munich. The 26 year old World Cup winner is in fine form scoring 13 goals in 14 games this season, which has seen him attract interest from Chelsea and Manchester United.

Speaking on the matter, Muller gave nothing away. “There is a lot of indication for it and not a lot against it,”

If Muller resigns, it’s thought he will be offered a further extension contracting him to the club until 2021.