Which stars are most liked online?

Have you ever wondered who has a big present online when it comes to footballers? Well wonder no more as we take a look into the top-10 popular players online.

We will look into which players OFFICIAL pages have the most likes counting down from number 10, to number 1.

So ever wondered who’s more popular online between Cristiano Ronaldo and Lionel Messi? You’re about to find out! 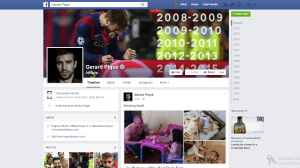 Kicking us off in 10th spot is FC Barcelona defender, Gerard Pique.

Pique is also well known for his successful other half, Shaqira.