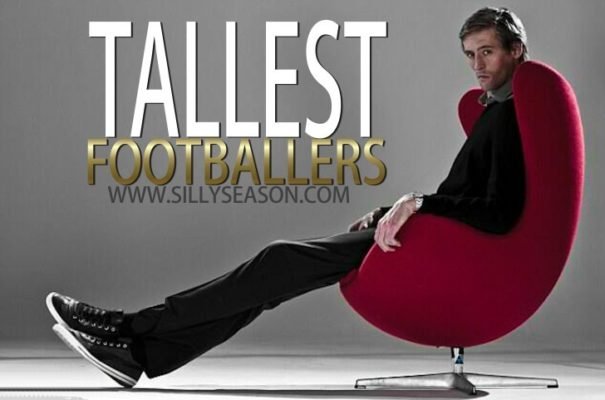 Automatically most fans will think of Peter Crouch when you say name a tall footballer, but surprisingly, he doesn’t make the top-10 list with the tallest footballers in the world as being 6 ft 7 just isn’t tall enough.

On this list will be players you’ve probably never heard of, but we will provide you with a bit of background history and also show you just how tall they are.

Top 10 Tallest Footballers In The World

Who is the tallest footballer? I know what you have all been wondering. So without wasting anymore time, lets take a look into the giants of the footballing world. Our next list will be with the shortest football player in world. This is a list of the tallest professional footballers. Kjell Petter Opheim is one of the Top 10 Tallest Footballers In The World. The 33-year-old goalkeeper stands at 6 ft 8, which is quite important considering he is a goalkeeper.

For those of you who haven’t heard of him, which is most likely all of you, Opheim currently plays in the Norwegian third division with a team called Stryn Soccer.

He has previously played for teams like; Oslo East, Manglerud Star, Lyn and Moss.

Now you will never forget the name of this Norwegian giant.