Countries That Have Won The Most World Cups

Now usually SillySeason put together top-10 lists, but sadly today, we have shortened it down to top-8, but that’s because only eight teams have actually won the FIFA World Cup.

A global competition that has been played every four years since it’s first one back in 1930, the World Cup is watched by hundreds of millions across the globe.

The fact that it comes just once every four years makes it that much special, and when it comes around, the whole footballing world gets excited and tunes in.

The last World Cup (Brazil 2014) was one to remember with some stunning matches throughout, including Brazil getting thumped 7-1 by Germany.

So we thought it was time to look back at past winners, and although there has only been eight, it’s still a list filled with talent and stars.

It’s time to take a look into the eight winners of the FIFA World Cup. 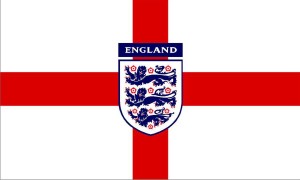 Starting us off is the Three Lions of England. One-time winners of the World Cup, but that came way back in 1966.

England played host to the competition back then and beat fierce-rivals West Germany 4-2 thanks to an incredible hat-trick from Geoff Hurst.

Hurst‘s three goals made him the first ever person to score a hat-trick in a World Cup final, and in fact, to this day he is still the only man to net a hat-trick in the final.

Sadly for England though, that has been their only World Cup success, a mere 49 years ago.