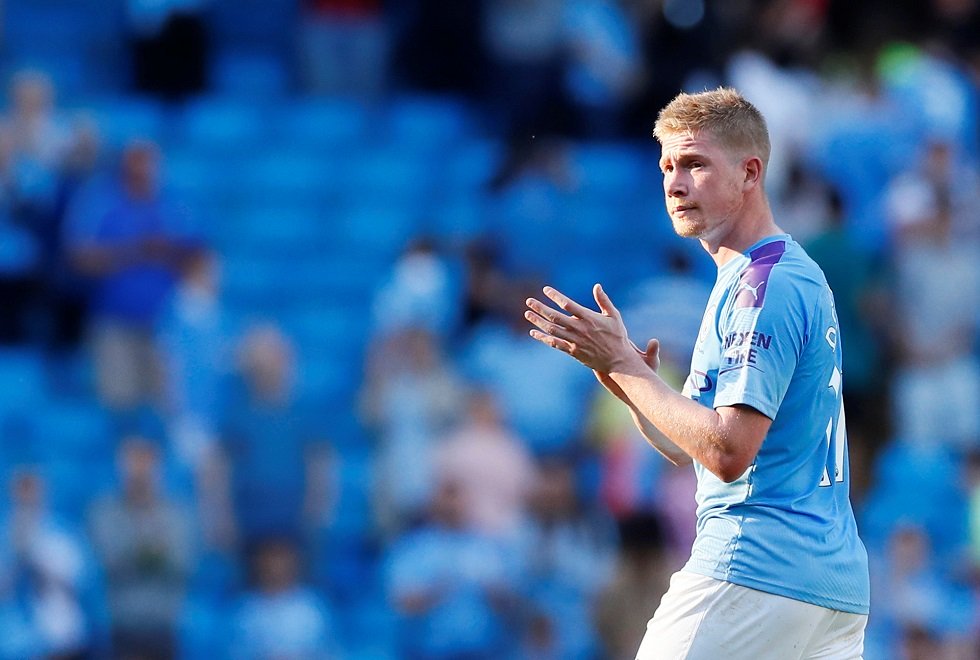 Kevin De Bruyne maintains his stance that two assists were stolen from him this season.

The Belgian enjoyed a stellar individual campaign, collecting 20 Premier League assists which is matched with Thierry Henry’s record set in the 2002/03 season.

He also became the fastest player to reach 50 assists in the league after providing two in the 5-0 win over Norwich City in the season finisher.

“I have got two more – you guys took two away from me that I am still claiming,” De Bruyne joked with BBC Sport. “So for me I was already above (Thierry) Henry! It is what it is. I need my team-mates, obviously I am creating for them to score, and I am grateful when they do. It is nice to have [he record and it is nice to have it with Thierry.”

Manchester City finished second in the title-race this season with De Bruyne as their main provider. Fans were shocked to see Jordan Henderson win the FWA Footballer of the Year award over the Belgian midfielder. De Bruyne is still being tipped to win the PFA Player of the Year award which would only do justice to the season that he just had.