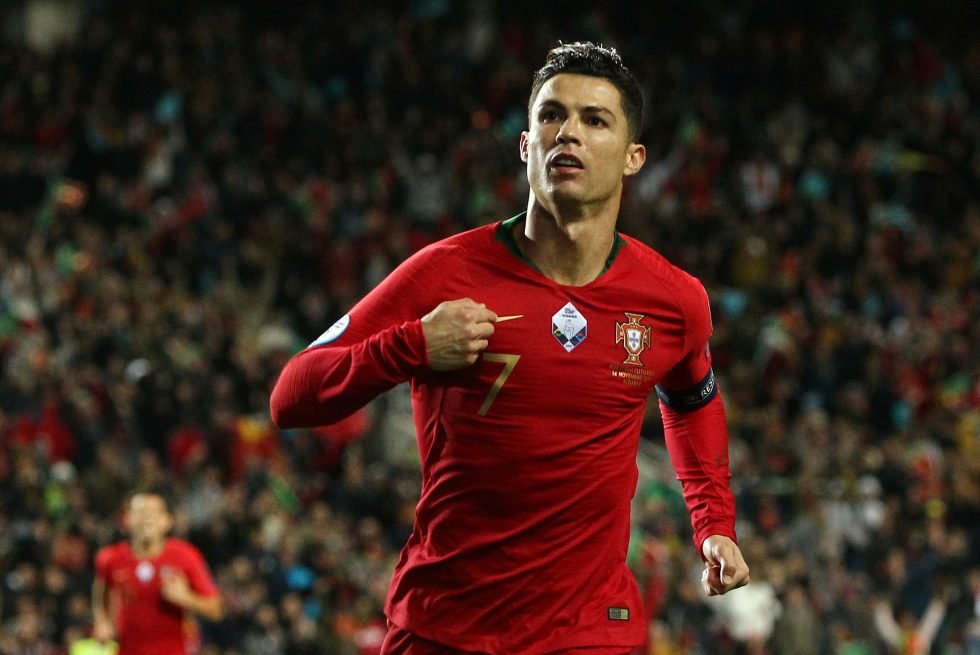 The defending champions of the competition are back again to make a statement this time out however, Cristiano Ronaldo will be once again leading the side despite turning 35 this year.

He has regained his form once again with Juventus, scoring goals left right and centre in Serie A. If anything, the Seleção have become with many of their top players developing even more.

The midfield is packed with talents like Bruno Fernandes, Ruben Neves and Bernardo Silva. Joao Cancelo and Nelson Semedo are bound to fight it out at right-back and we can’t wait to see Man City POTY, Ruben Dias at centre-back. Watch & Bet live here =>

Here is all the information you need about the Portuguese Euro 2020 Group, Group Stage Schedule and all the Portuguese National Team players playing in Euro 2021.

Portugal did not gain automatic qualification despite winning the 2020 European championship. UEFA set a new rule system where the final 24 teams get selected on the basis of qualification and playoffs. 12 host nations were allowed a chance to qualify as group winners and runners-up.

Overall, 20 teams were picked from the qualifiers, Portugal being one of them and the rest four from the new qualifying playoffs system.

They were drawn into a difficult group but were also disappointing in the qualifiers. They finished second behind Ukraine and only 3 points above Serbia. Luxembourg and Lithuania were no match for the top three.

Portugal will play against France, Hungary and Germany who are the teams in the Portugal Euro Group F. Here is the Group F Euro 2020 table: 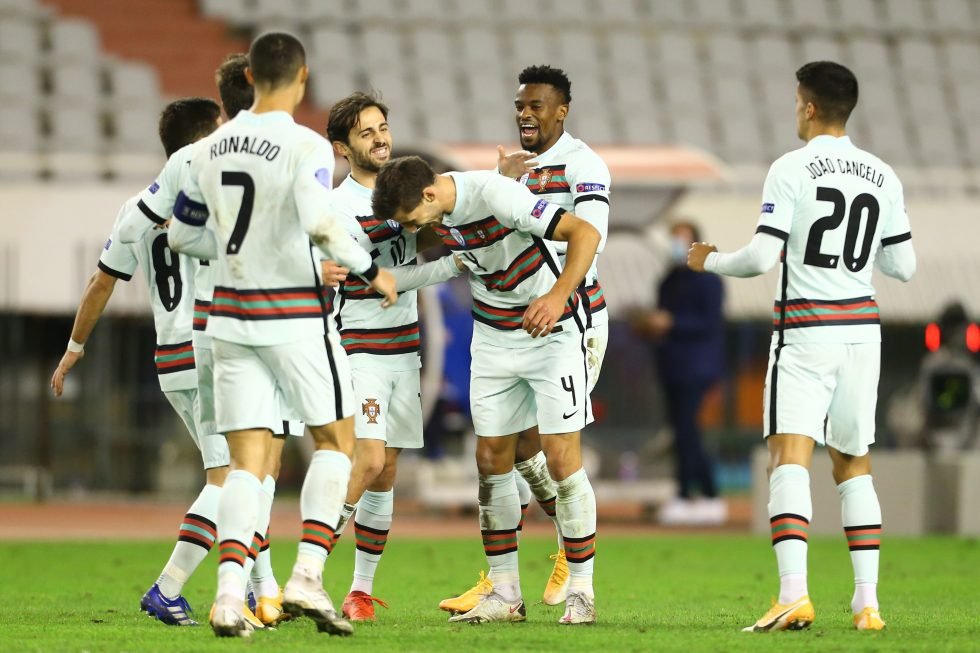 Portuguese Defenders in Euro 2020? Here are the footballers that will play in Portuguese defence in Euro 2021:

Below are the following Portuguese football players who represent Portugal’s best footballers and will try to win the European Championship gold to Portugal. Here are the key football players in Portugal squad for Euro 2021:

Could this be Ronaldo’s final big-stage appearance with Portugal? The 5-time Balon d’Or winner willed his team to the trophy in 2020 and is still focused on winning more. He will be leading the line once again, having scored 11 goals in the qualifiers already.

The 35-year-old has lost a few yards in recent times but he still remains a gargantuan presence on the pitch. His experience and finishing ability still makes him the best forward in the tournament.

Bernardo Silva is another key players in the Portuguese Euro Squad

The Portugal number ten has developed into a top creative force both for his country and at Manchester City hence he can play out wide and centrall as well, breaking down the opposition defence with his skill, vision and passing range.

The 26-year-old’s work rate is second to none and he is always doing more than asked of him on the pitch.

If you have any questions about Portugal’s Euro squad in 2021 so you can easily drop a comment below and we’ll try to answer the questions of the Portugal squad for Euro 2020 as best as we can.

This article will be updated continuously with the starting line-ups, facts, odds, statistics on the players and the Portugal national team ahead of Portugal individual European Championship matches.

For instance, we will try to answer the most common questions that you may have regarding Portugal’s European Championship squad in 2020. Watch & Bet live here =>