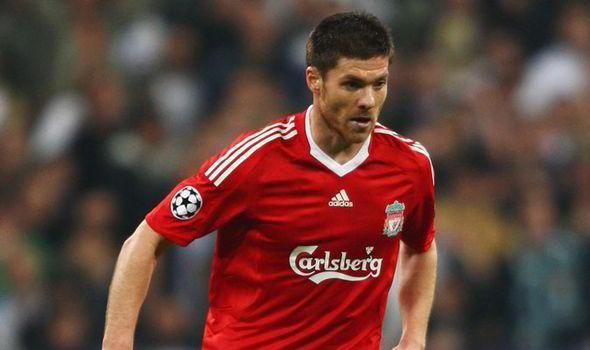 Midfielder admits Carragher was his favourite

Xabi Alonso has admitted which Liverpool player was his favourite teammate during his time at Anfield.

He formed an incredible partnership in midfield for the Reds with Steven Gerrard, but he actually chose Jamie Carragher and the player he got closest with in a spell where he won the Champions League at Anfield.

According to the Guardian, he said: “Carra, Stevie, Sami [Hyppia] and Didi [Hamman] were all huge influences on everyone else. All different characters, strong personalities.

“When each one of them spoke, I listened. They helped me improve as a player and as a person, and when I went back to Spain to play for the national team I felt a lot stronger through the experiences shared with them.

“I liked Carra the most. He is the biggest Scouser in the world. We got on well from day one.

“I think he realised that I loved football and he loves football too. We would watch games together and talk about it every day.

“I think he respected that I would enter arguments with him. He was always very loud; you could hear his voice above everyone else’s.”