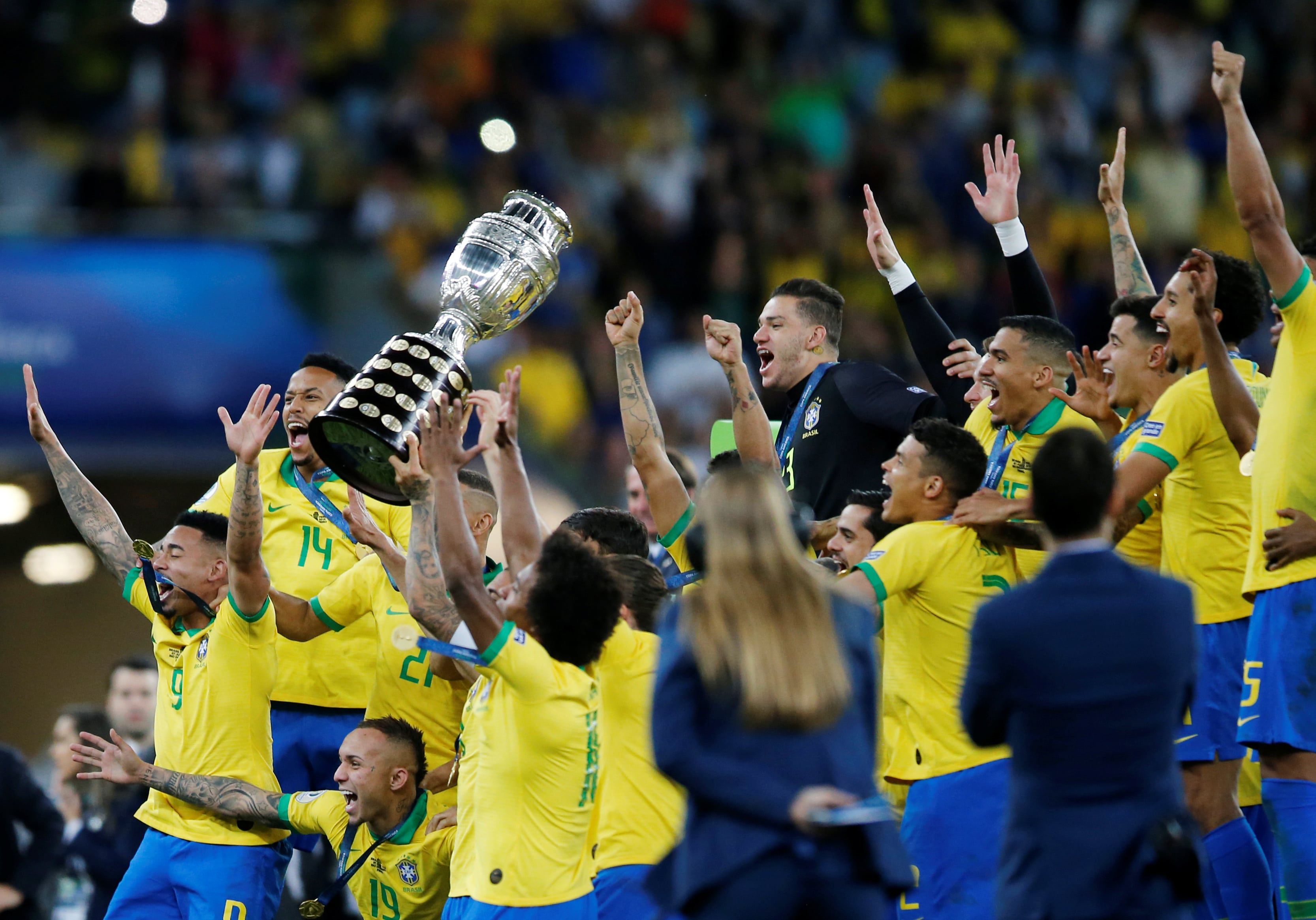 Copa America is an international football tournament in America. It have active since it’s formation in 1916. The Copa America is formerly known as the ”South American Football Championship”.

The first ever edition of the Copa America was played in 1916 which was hosted by Brazil and won by Uruguay. Since then 45 editions have been played and Uruguay have most Copa America titles. Uruguguay been the most successful team winning 15 titles.

All Copa America winners by year

*Winner was decided via group stage only

The Copa America winner became hosts Brazil who won their ninth title by defeating Peru 3-1 in the final in Brazil.

They also won the 2015 Copa America title by beating Arentina 4-1 in penalties.

Here is the most Copa America winners list sorted by countries and number of titles and years of the victory for all past winners. You can check the full list of the most successful below.

Who has won the most Copa America titles?