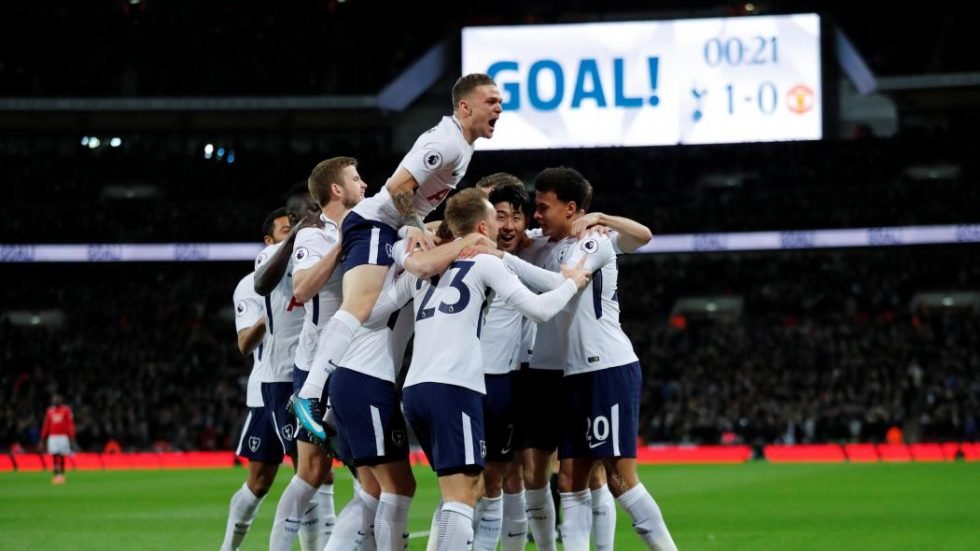 Although Christian Eriksen’s 11-second goal is not the Premier League’s fastest ever. Who else makes top 10 fastest Premier League goals ever? English strikers Peter Crouch and Alan Shearer both earn a spot in the top-10 fastest goals in Premier League history.

So we thought we’d take a look at some of the top fastest Premier League goals ever in history.

Here are the fastest Premier League goals ever in history: 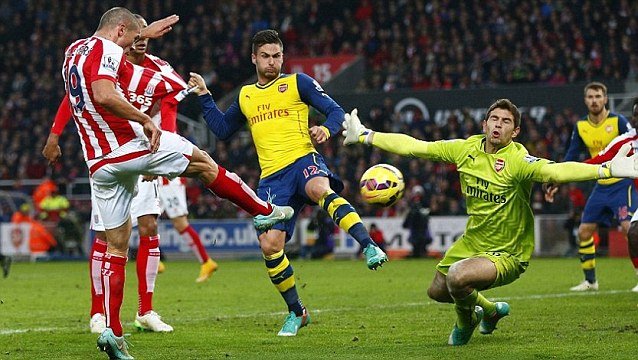 A cold night in Stoke, it is Peter Crouch who is at the kick-off spot. He passes it back and Steven N’Zonzi darts forward towards the right flank.

The duo links up with quick one-touch passes and Crouch positions himself inside the Gunners box, patiently awaiting a cross.

Soon enough, N’Zonzi lobs in a ball which Hector Bellerin is unable to deal with, feeling the pressure of Mame Biram Diouf behind him.

The ball drops conveniently in front of Crouch and the Englishman calmly guides the ball into the back of the net within just 20 seconds of the first whistle.

Stoke carried on the momentum from the historic goal and won 3-2 against Arsenal (Saturday, December 6, 2014). 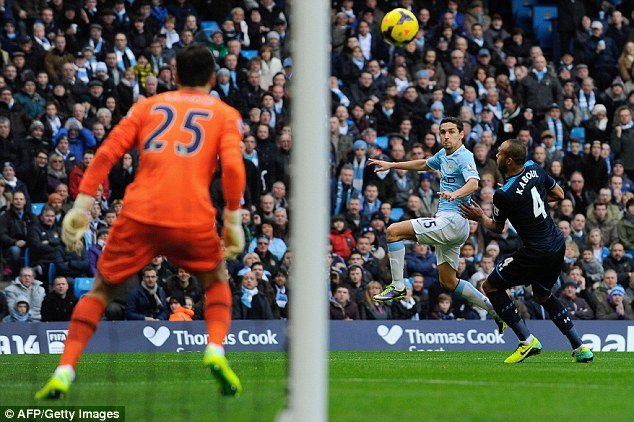 One of Jesus Navas’ greatest career moments was when he struck in a wonderful volley against Tottenham Hotspur just 14 seconds into the game.

Since kickoff, the ball made it’s way to Hugo Lloris after going through a maze of Spurs players but the French shot-stopper messed up the clearance with Alvero Negredo charging towards him.

Sergio Aguero picked up the ball 30 yards from the goal line and forced Lloris to a save off a thunderous shot.

While the Spurs goalkeeper did make up for his mistake, his save somehow could not be guided away from an advancing Navas.

The Spaniard, in a rather remarkable fashion of disguising a cross for a shot, curled in a perfectly weighted volley over the keeper and into the far post. 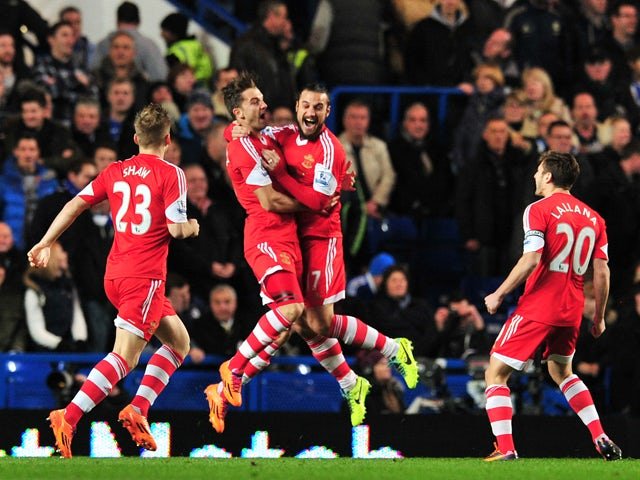 Chelsea 3-1 Southampton (Sunday, December 1, 2013): As far as dream starts go away from home, Jay Rodriguez’s goal past Petr Cech 13 seconds from kick-off certainly takes the cake. Michael Essien found himself pressured in midfield by the opposition and chose to volley the ball back to his defensive line. Unfortunately, the ball did not reach either his keeper or any one of his centre-backs.

Instead, it landed right in front of Rodriguez with acres of space of next to him and a clear shot on goal.

Judging the bounce of the ball perfectly, the Englishman slotted the ball into the back of the net in classy fashion.

Chelsea however, recovered from the early hiccup and finished the game with a 3-1 victory at Stamford Bridge. 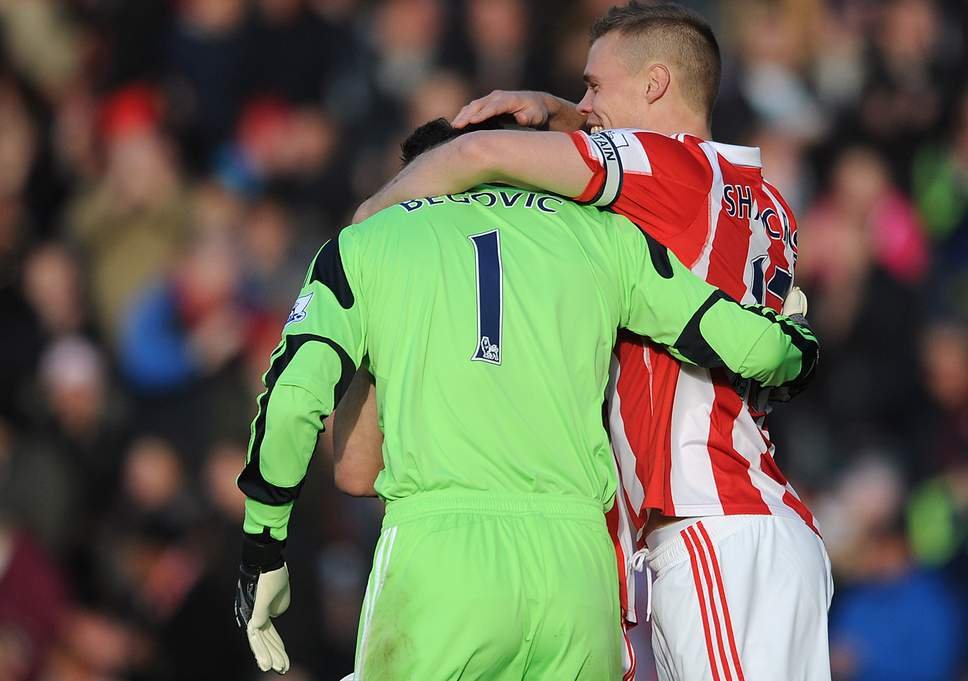 Asmir Begovic took time out after the match to console opposition goalkeeper, Artur Boruc for scoring a ridiculous goal all the way from his penalty box.

Stoke 1-1 Southampton (Saturday, November 2, 2013): Begovic is the only goalkeeper to earn a spot in the top 10 and he can be acused of claiming a spot unintentionally.

The Bosnian’s long clearance got picked up by a strong breeze at the bet365 Stadium which ended up all the way in the opposition half.

The ball was allowed to bounce and it awkwardly gained momentum over Artur Boruc and landed up inside the goal.

The Saints goalkeeper could not judge the trajectory of the ball and was left scrambling behind it, trying to get a hand on. The goal ended up being also the longest goal in history, measured at 91.9 metres. 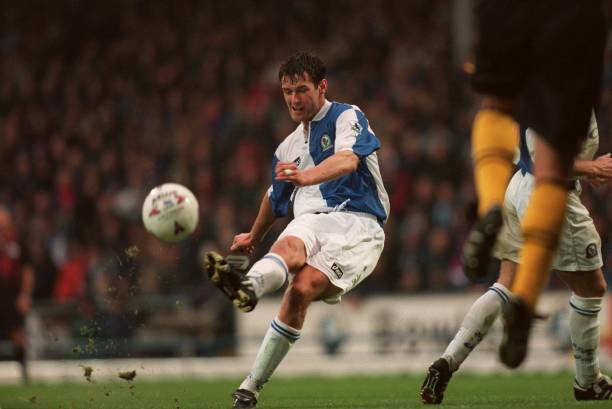 Chris Sutton and Alan Shearer picked Everton apart within seconds from the opening whistle to record one of the fastest goals in Premier League history.

Everton 1-2 Blackburn (Saturday, April 1, 1995): After Alan Shearer jumped higher than anybody to win an aerial duel and find his strike partner, Sutton. The latter steadied himself up with a first touch and then fired the ball past Everton’s Neville Southall. 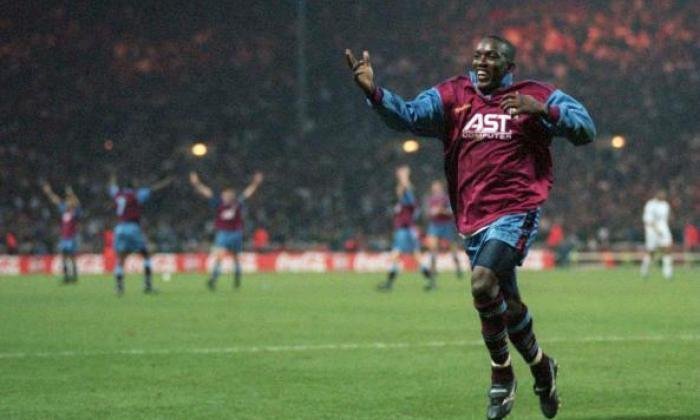 Coventry 0-3 Aston Villa (Saturday, September 30, 1995): Ian Taylor, highly aware of Dwight Yorke’s movements whipped in a cross after finding space on the flank. Yorke used his poacher-like instincts to head in the ball and lead Aston Villa to an important win over Coventry City. 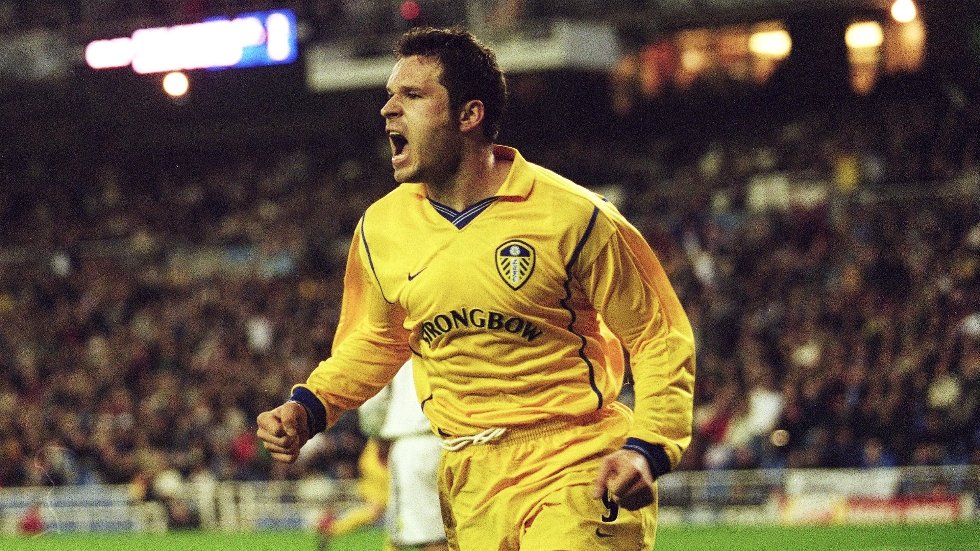 From the kick-off, Leeds United lofted the ball from the backline towards the opposition box.

Alan Smith was at the end of it and he flicked it onto the path of Australian footballing legend, Mark Viduka, who readied himself up with a deft touch and then slotted the ball past the Charlton Athletic goalkeeper.

Charlton would later go on to equalize but could not stop Leeds United from winning the fixture, 1-2 on 17th March 2001. 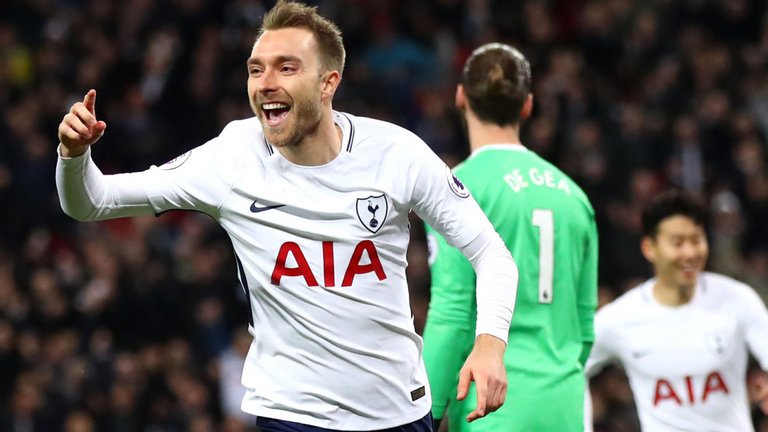 The award for scoring Premier League’s third fastest goal goes to Christian Eriksen. He scored the ball at the 10.5 second-mark for in Tottenham Hotspur’s 2-0 win over Manchester United on Wednesday, January 31 2-18.

Mauricio Pochettino’s men were charged up after the Dane’s strike and dominated the rest of the Premier League fixture.

Christian Eriksen was close to the quickest ever goal, only to miss out to a former Spurs star.

Tottenham 2-0 Man United (Wednesday, January 31, 2018): If Manchester United had a game-plan to contain Tottenham, it was blown up within 11 seconds by Eriksen.

Jan Vertonghen quickly launched a lobbed pass towards United’s box which was brought down by Harry Kane.

Heung Min-Son got the run on the opposition defender and drew him out of position while also laying off Christian Eriksen with a back heel.

The Danish man found himself clear on goal with just David De Gea to beat and he calmly curled it away from the Spaniard. One of the simplest training ground routines but executed to perfection only leave Jose Mourinho’s team stunned.

British broadcaster BT recorded Eriksen’s goal and found it to be simply 0.1 seconds slower than the Premier League’s second-fastest goal. 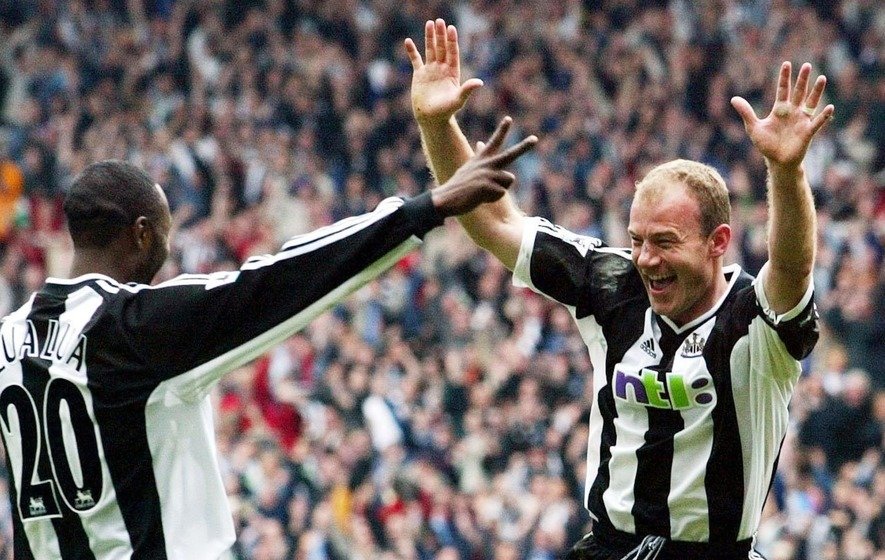 Alan Shearer’s goal against Manchester City on January 18, 2003, within 10.4 seconds of the opening whistle is the second-fastest in Premier League history.

The Englishman took advantage of  City goalkeeper, Carlo Nash’s to quickly give his side the lead.

Shearer, who holds the record for the most number of goals scored in the Premier League took from the kickoff spot to charge towards the opposition keeper.

Nash’s first touch was loose enough to create a 50-50 opportunity which unfortunately the Magpies forward won.

After that it was easy sailing for Shearer who just tapped the ball into an open net. 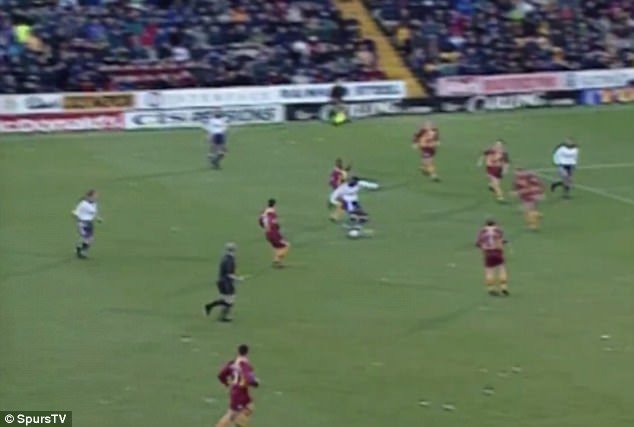 Being registered just 9.9 seconds from the referee’s opening whistle this goal arguably is one of the most iconic goals in both the Premier League history and Ledley King’s playing career.

The man who played out his entire career with the North London outfit struck a powerful effort from 20 yards out. The ball deflected off Andy O’Brien and rolled into the goal with Matt Clarke just staring on, helpless.

Bradford 3-3 Tottenham (Saturday, December 9, 2000): Eriksen’s goal came at the end of elite-level teamwork but it was another Tottenham’s legendary figure who holds the record for the fastest Premier League goal to this day.

Read more about the fastest Premier League goal and other player stats at https://www.premierleague.com/.