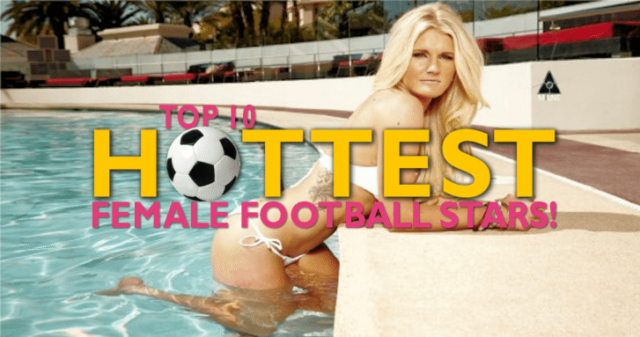 Over the years, female soccer has gained popularity, especially in the USA. Women’s football is not as recognised as Men’s football but over the years it’s slowly catching up attracting attention from all over the globe. Watch & Bet Football Live =>

Women’s football is not blessed with beauties like in swimming, Tennis and other sports but, we have prepared a list of the top 10 Hottest women footballers.

Let’s have a look at some of the hottest female soccer players in 2022.

10. Kealia Watt is one of the hottest female soccer players in USA

Kickstarting the Top 10 Hottest Female Soccer Players list is USA forward Kealia Watt, she is described as a gifted playmaker with superb technique on the ball. The 30-year-old has won over 5 caps for her national team and was highly decorated with her previous club Houston Dash.

She currently plays for the Chicago Red Stars of the National Women’s Soccer League. She has represented her national side with under-17, under-20, under-23 and senior teams. Watch & Bet Football Live =>

9. Amanda Ilestedt is one of the hottest female soccer players in Sweden

Taking up the ninth spot on the Top 10 Hottest Female Soccer Players. The hot Swede plays as a defender for PSG and the Swedish women’s national team.

Amanda Ilestedt made her debut in 2013 for the Swedish national team, she has made 61 appearances since making her debut, the 29-year-old has not been much involved with the national team.

She played for Bayern Munich between 2019 and 2021 and helped the club to win its first league title in five years. Watch & Bet Football Live =>

8. Sydney Leroux is one of the sexiest female soccer players in USA 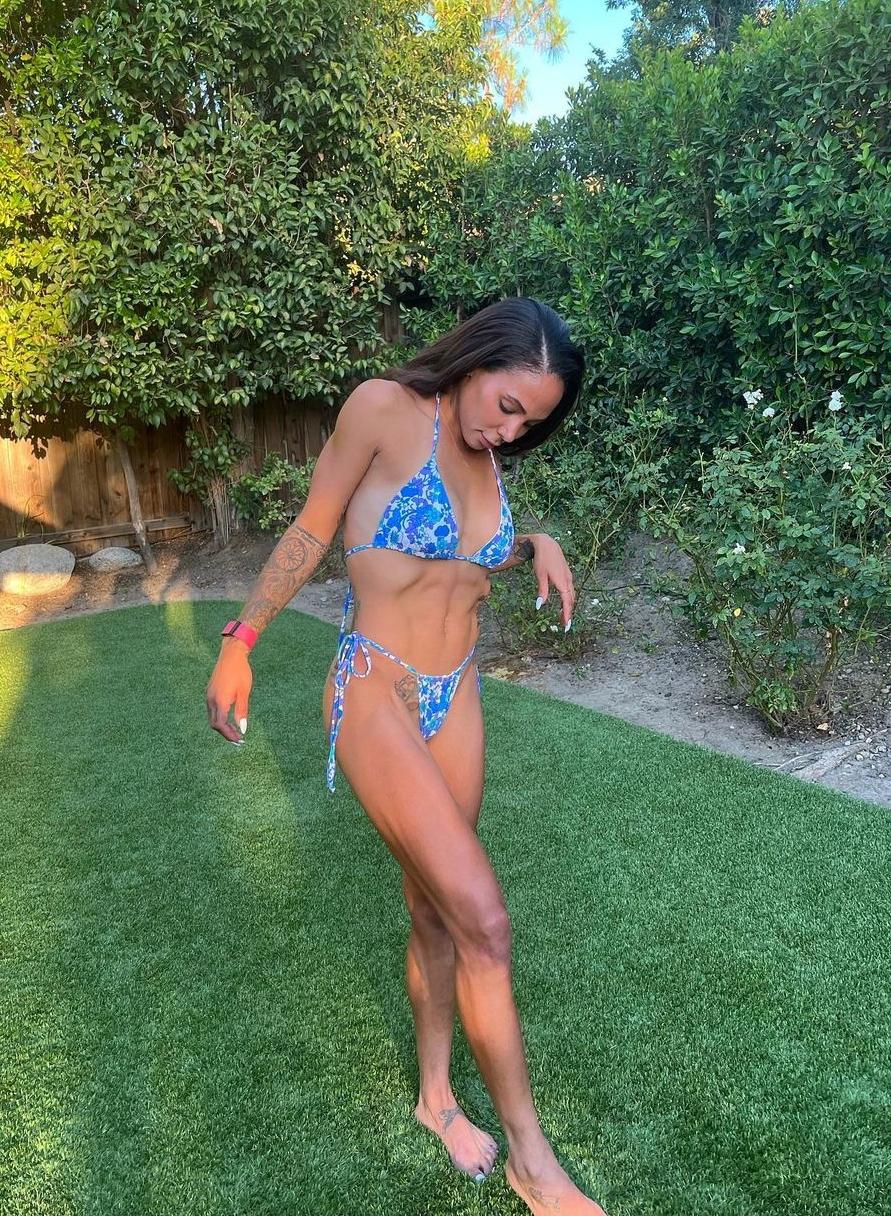 She has an Olympic gold medal in addition to her World Cup winners medal. She has been featured in some ESPN magazines for her beautiful body and look.

Away from her body, she is as good as she looks even on the pitch with a tally of 35 goals in 77 matches for her national team. She is currently playing for Angel City FC in the National Women’s Soccer League. Watch & Bet Football Live => 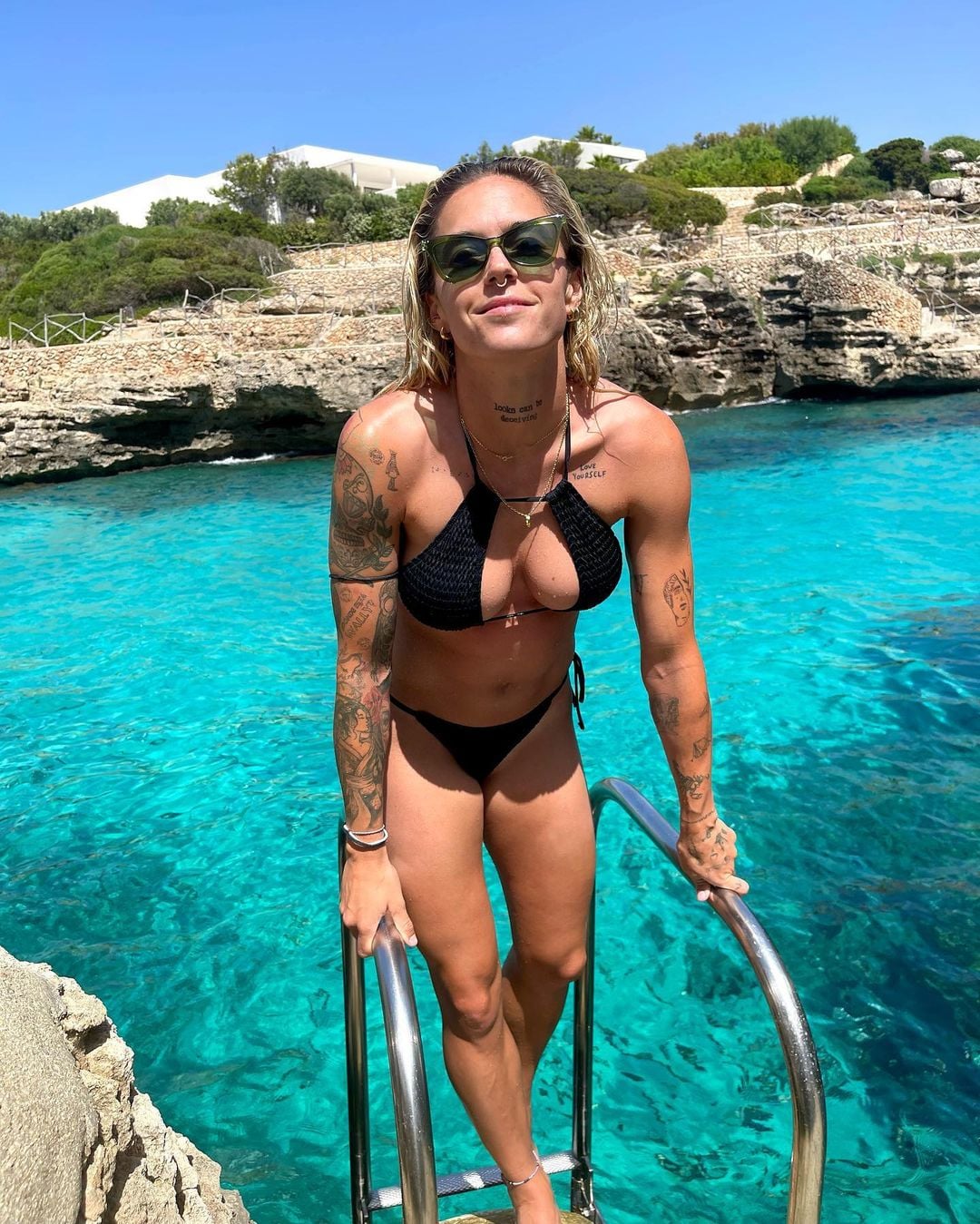 Coming in at number seven is Spain and Barcelona Defender, Mapi León. The 27-year-old professional footballer who plays for one of the most recognized clubs in football.

She debuted for the Spain National Team in 2016 and ever since she has been a regular in the squad. She was also part of the Spanish side which played in the 2017 UEFA Women’s Euro and 2019 World Cup.

Her beauty has been noticed at a number of occasions one being a model for Nike during the 2017 ‘Live For the Game’ campaign which was in Spain and did a few commercials and posters. Watch & Bet Football Live =>

6. Kosovare Asllani is the hottest female soccer players in Sweden

Kosovare Asllani scoops sixth place on the list of the Top 10 Hottest Female Soccer Players 2022. She is obviously known around the world for being a world-class player and it means she can be shortlisted on a top ten list. Her beauty is enough to earn her spot on this top ten list.

Asllani made her debut in 2008 for the Sweden National Team and also played at various levels. She is 33 and currently plays for AC Milan as a striker or attacking midfielder. She is often compared with Sweden’s best-ever footballer Zlatan Ibrahimovic. Watch & Bet Football Live =>

5. Morgan Ried is the hottest female soccer player in USA In fifth place is USA international footballer Morgan Ried. She is a defender and plays for the Orlando Pride in the National Women’s Soccer League.

Ried has become quite famous for her good looks and it is clear that she definitely deserves her spot on the list though others might argue and want her to be ranked in the top three.

She got engaged this year in February 2022 and tied the knot on July 23, 2022. It would not be a surprise to see her become a regular in the USA Women’s National team. Watch & Bet Football Live =>

4. Adriana Leon is one of the sexiest female soccer players in Canada 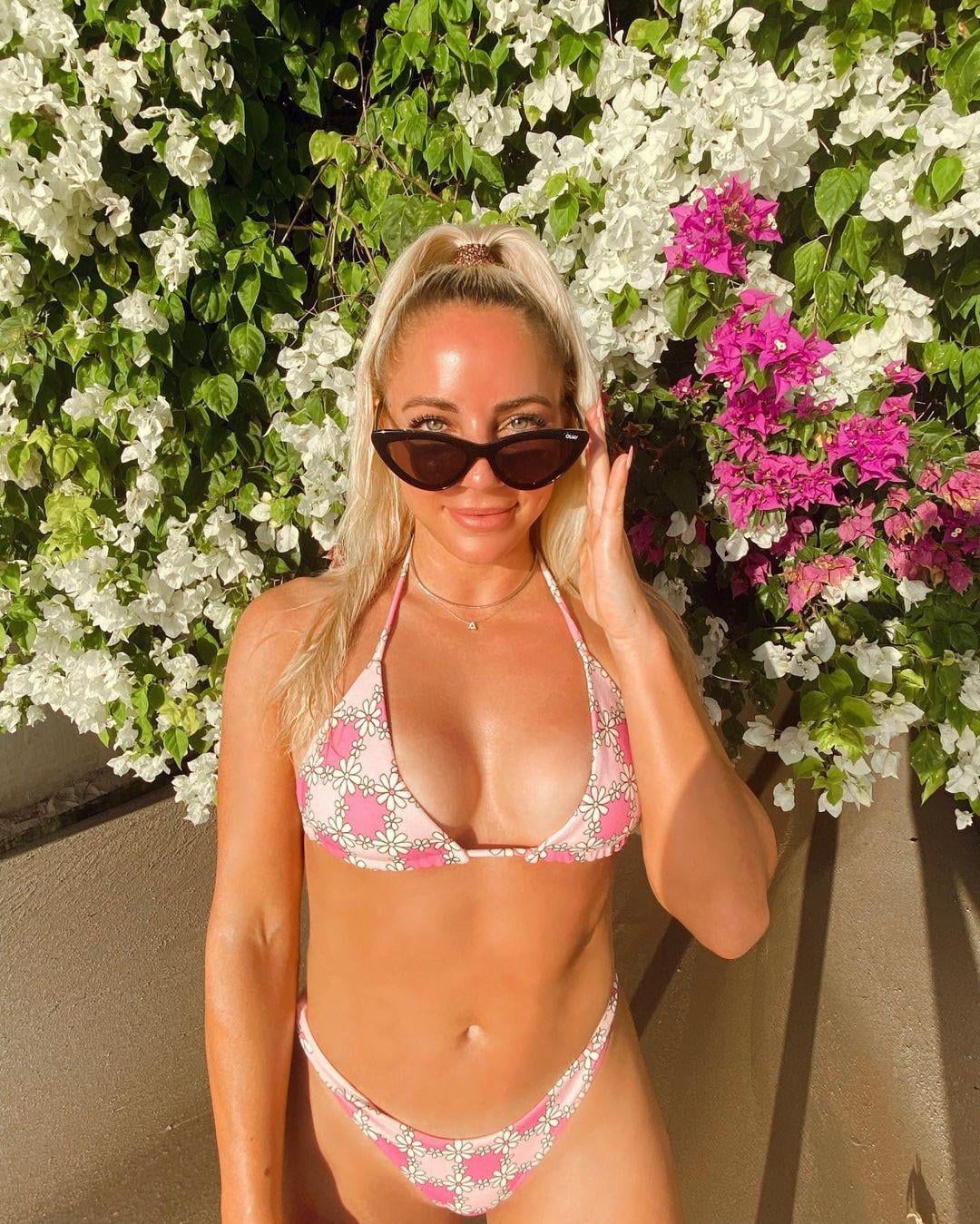 Adriana Leon beats Morgan Ried to fourth place on the Top 10 Hottest Female Soccer Players 2022. Adriana Leon is 30 years old and has been involved with the Canadian team at various levels since 2009. She is a very talented footballer and debuted for the senior squad against China in 2013. She currently plays as a winger for Manchester United in the Women’s Super League.

Not only is Adriana Leon talented but also she has the looks and an awesome body which has earned her fourth place on this list. Apart from being in the Canadian Women’s National team Adriana Leon also plays in the National Women’s Soccer League for the Chicago Red Stars. Watch & Bet Football Live =>

3. Jordyn Huitema is the hottest female soccer players in Canada

Rounding up the list at number three is the Canadian forward, Jordyn Huitema. Jordyn is only 21 years old but has managed to bag 58 caps for the senior Canada national team squad. With this many appearances for the national team, she has found the back of the net 15 times.

However, this list is not about how many appearances a player has made nor is it about the number of goals but is concerned on the beauty of the players. Jordyn Huitema is a gorgeous woman with a fine model’s body. 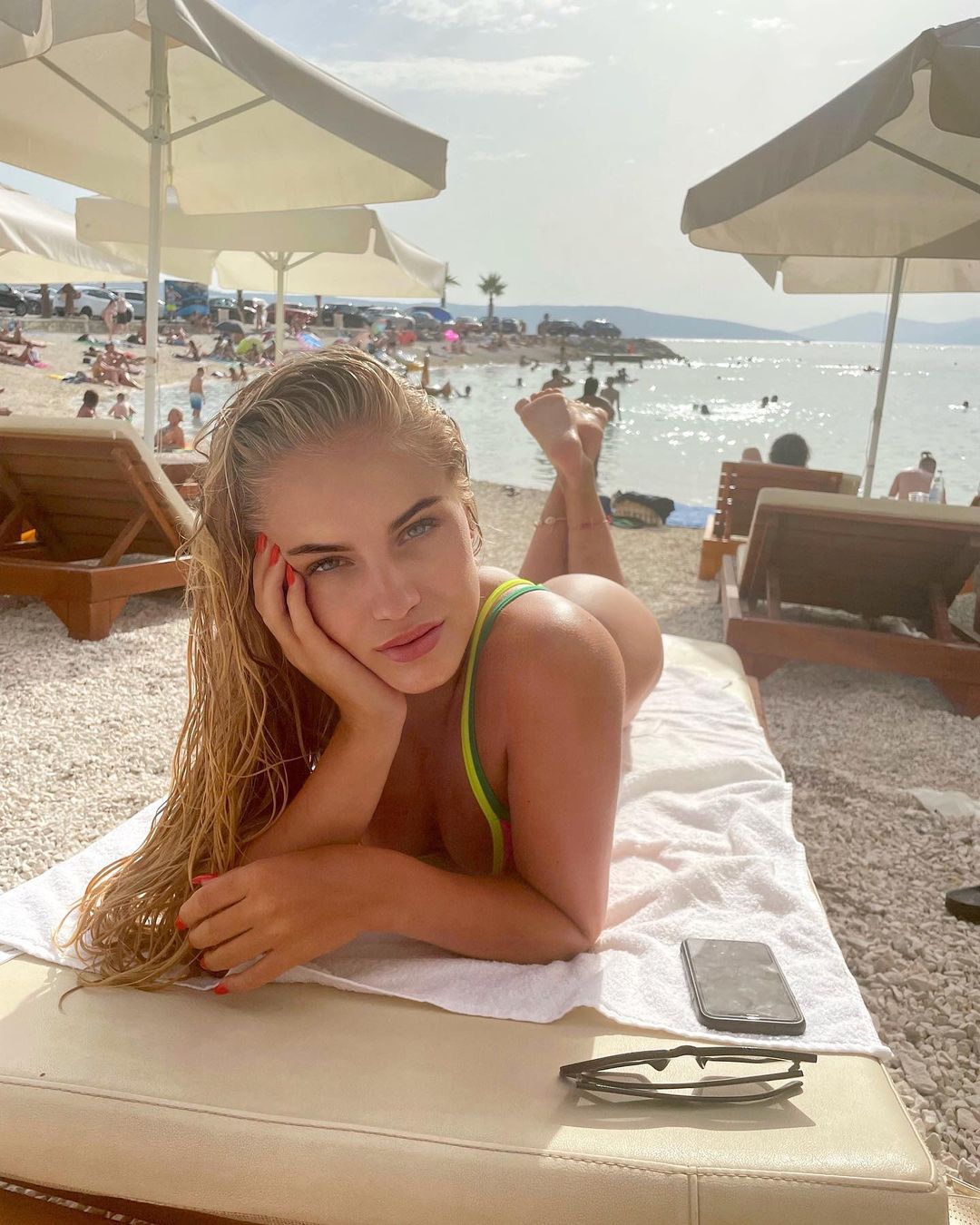 Runners Up on the list is Croatian footballer Ana Maria Markovic. She has been making waves as an upcoming star in women’s football.

Ana Maria plays as a forward for Grasshopper which is a club in the Swiss Women’s Super League. She considers her fellow Croatian Luka Modric as her ‘role model’ and claims Cristiano Ronaldo is the footballer who inspired her to play the game.

However, this list is about how attractive the player is and there is no doubt that Ana Maria Markovic deserves to be second on the list. Watch & Bet Football Live =>

Finally in first place is Alisha Lehmann of Switzerland. Asllani is a forward for the Switzerland women’s national team. She has won her first cap for the national team in October 2017.

She enjoyed a three-year stint at West Ham before signing for Aston Villa in the summer of 2021. She is just 23 years old and has 7 goals to her name on international duty in a total of 34 international caps. 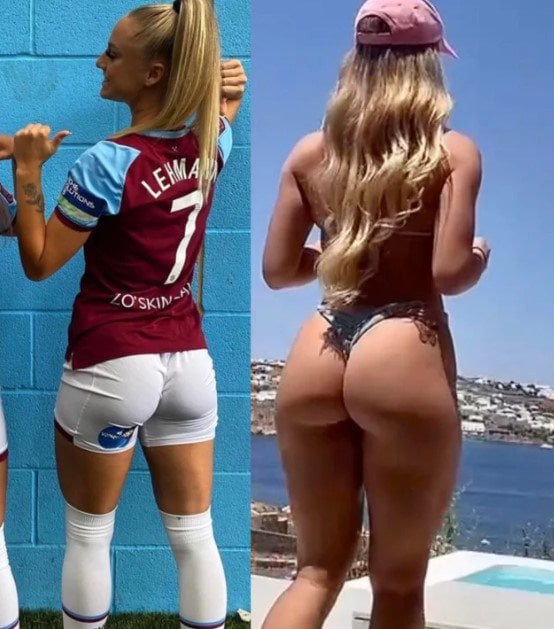