Raheem Sterling net worth will be very high for sure!

Raheem Sterling is an English player who plays for Manchester City. He was formerly of Liverpool where he made his mark in the English game. Sterling is now one of England football team’s leaders and one of the best players in the world!

He was once highly ridiculed by people in the country and the media back in 2016. 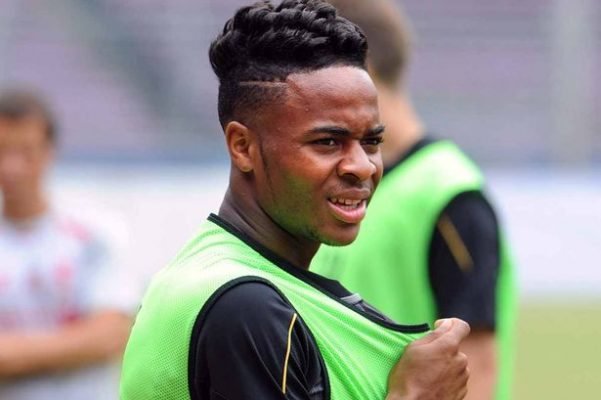 The superstar from Manchester City is only 25 years old and already has a net worth of $45 million! He is one of the richest stars in the current England squad.

Forbes latest evaluation on Sterling’s net worth was all the way back in 2019 when they estimated his riches to be worth $45 million. It was a 120% rise over the past three years.

As of 2020, Sterling has a valuation in the transfer market that has crossed $150 million as he is one of the most valued players in the Premier League next to Mo Salah and Kevin De Bruyne. His personal net worth as mentioned before is in the region of $45 million and is expected to rise much faster in the next few years as he is entering the prime of his career.

The footballer enjoyed early fame as a teenager when he became successful at Liverpool. Beside Luis Suarez and Daniel Sturridge, Sterling formed the dread SSS attacking fronline at Anfield under Brendan Rodgers. At the age of 21, he bought a massive mansion which caught the eye of the media.

Everyone in the media criticized him for his spoilt attitude without knowing his whole story. The Sun even went on to publish a story against Sterling in their front page about him spending his personal money on a house under the headline “OBSCENE RAHEEM” as a backlash for England’s poor performance in the Euro 2016. So what was the actual truth?

A friend of Sterling, speaking exclusively to MEN Sport, had said: “Raheem and his family are really upset that the fact he’s bought a nice house for his mum is being used to hammer him by the media and make him the scapegoat for England’s failure.

“He flew back from France into Luton with the rest of the squad and instead of going back to Manchester, he went to visit his mum who lives just outside London as he hadn’t seen her for a few weeks.

“He bought her the house as a thank you for all her support and help. Now to have his mum’s private life and house being mocked and thrown into the public spotlight has left him furious and frustrated.”

“Raheem can take criticism of his performances for either Manchester City or England but not criticism of his family, especially his mum,” said the friend. “To say he doesn’t care about England going out of the Euros isn’t just wrong, it’s an insult.”

Here is a picture of the much-debated house: 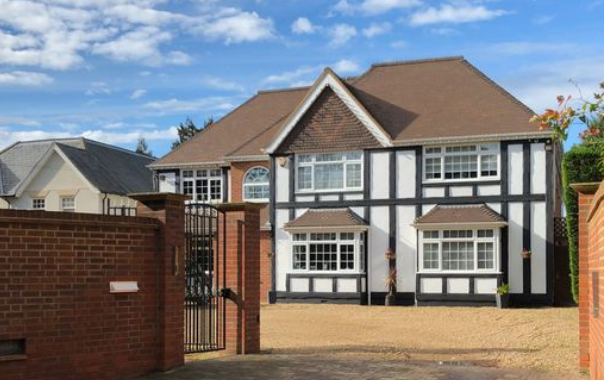 Raheem Sterling has 6.8 million followers and has posted 454 times on the platform. His earning per Instagram post is not clear. However, he has a Nike partnership and posts for paid promotions for Nike on his Instagram. Sterling is a part of the NikeLondon Athlete. He also makes paid promotion ads with Gilette.

Raheem Sterling is engaged to Paige Milian. He has been engaged with the JD store employee for quite some time now. However, Milian even though she moved to Manchester, has not married Sterling but continue to live together.

Sterling has a son with Paige named Milan who was born in 2017. He also has a daughter from a previous relationship. Sterling proposed to Paige in 2018 March and the couple are hoping to tie the knot this year.

Sterling has been known to chase around few other women as well. He was infamously called a “cheapskate” for haggling over price while sleeping with a $3000 hooker in US while on pre-season with Manchester City.

Raheem Sterling has faced harsh incidents of racism all over England and Europe. While playing for Manchester City against Chelsea at Stamford Bridge, a Chelsea fan racially abused the player.

Sterling showed real character in rising above them and has even founded organizations to stamp out racism. He recently donated $50,000 to another charity.

Sterling has multiple tattoos. He got into a huge controversy for one of his tattoos. It was on his legs. It is the tattoo of a gun. He got into a controversy for promoting gun violence. However, once again pre-emptively and literally jumped the gun on him. He later came out to clarify the situation. Sterling devoted to his late father. He went on to add that it had a much deeper meaning.

Sterling’s weekly salary is £300,000 before taxes making him one of the highest earners in England and the highest in Manchester City ahead of the likes of Sergio Aguero and Kevin De Bruyne.

Sterling has a number of cars. He owns a number of different colored Range Rovers, an Audi S6, an Audi Q7, a Mercedes C63, a smart car, and a Bentley said to be worth £500k!