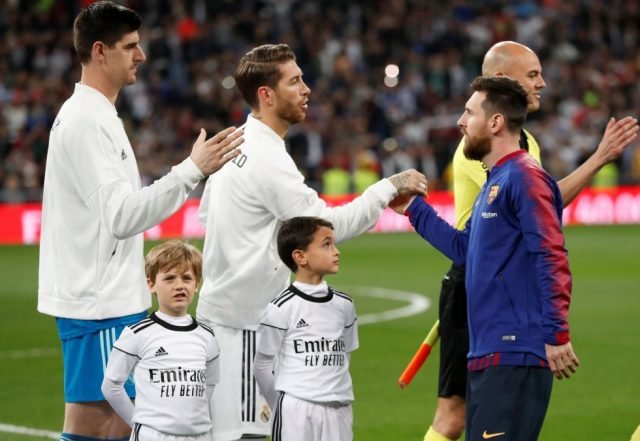 Who has won most El Clasico matches? Real Madrid vs Barcelona – who has most wins in El Clasico?

The El Clasico is a famed tie between two Spanish giants – Real Madrid and Barcelona. We have two teams with the longest-withstanding rivalry in world football, having played each other 285 times to date.

Are you looking for the exact El Clasico head-to-head match records? We have all the information here, especially one who has won most El Clasico matches in history.

So who has the lead in the El Clasico Head to Head results? Find out all that and more! Watch & Bet Live Here =>

The first El Clasico of the 2022/23 season has taken place on 16 October 2022 at Santiago Bernabeu. Real Madrid thrashed Barcelona 3-1 at their home ground in this meeting.

In the second El Classico of the season, Barcelona thrashed Real Madrid 3-1 in Supercopa de Espana final in Saudi Arabia.

This season’s third El Clasico fixture is set for the weekend of 01 March 2023 which will decide who will reach in the final of Copa del Rey.

Who has won most El Clasico matches?

Now, seeing how both teams have played each other plenty of times, we will find out here who can boast about the most wins. Real Madrid or FC Barcelona? El Clasico head to head results and all-time stats –

As we can see from the table, Barcelona have won more games than Real Madrid. Let’s take a further look at the games they have won and lost.

Here we have for you a breakdown of the games the two giants have played!

El Clasico Head to Head Results: Statistics With All Scores!

Prior to this, the last time these two teams met was in Supercopa Final. Barcelona won 3-1 in Saudi Arabia.

We can take a look at all the matches they have played right here! There are El Clasico Head to Head since 2009: records and stats in the last 10 years!

Watch El Clasico for free? To watch and bet for online live streaming, it is best to open an account on Bet365 or Unibet and get their live stream offers.

Then you can check and bet on the El Clasico and also see all La Liga fixtures. The only requirement is that you open an account with bet365 and Unibet and bet to get to watch El Clasico stream. Watch & Bet Live Here =>

2. Who has won more titles Real Madrid or Barcelona?

A – Real Madrid has overall won more titles than Barcelona.

3. How many times has Barcelona beat Real Madrid?

A – Barcelona has beaten Real Madrid 118 times out of the 285 games played so far.

4. How many times did Real Madrid beat Barcelona?

A – Real Madrid have beaten Barcelona 105 times out of the 285 games played so far.