El Clasico Head to Head since 2009: all the results, scores, records and stats in the last 10 years!

El Clasico Head to Head Scores and Results since 2009

Without further ado, let us take a look at how many wins and losses each side has since 2009!

So Barcelona leads the overall head to head over Real Madrid but how many wins of those have been significant?

El Clasico Head To Head since 2009: breakdown of all statistics!

Here we have for you a breakdown of the games the two giants have played! 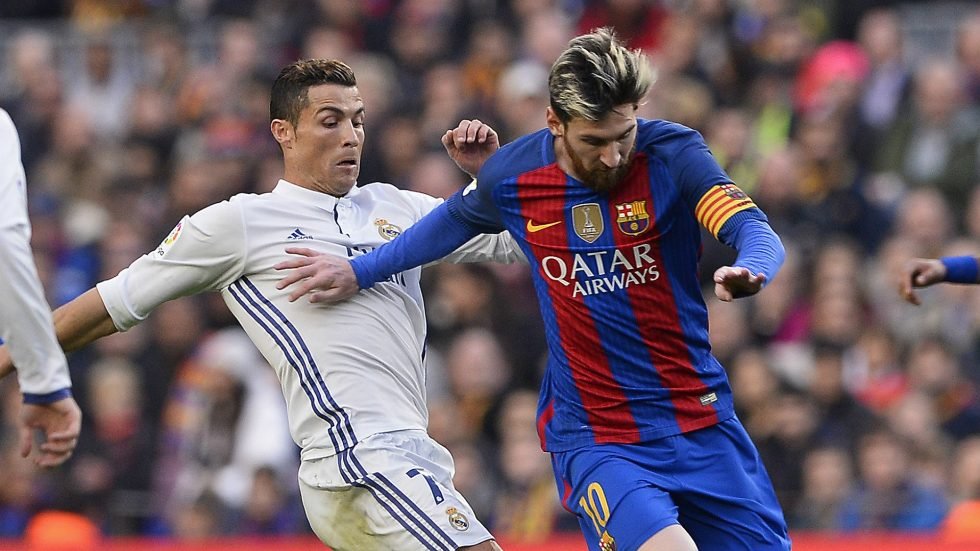 El Clasico Head to Head since 2009: statistics with all scores!

Barcelona won the tie by a whopping 3-1. Let us take a look at the matches they have played this millennium.

We have also included all El Clasico head to head scores. Let us go by each competition!

Here are El Clasico La Liga Head to Head stats for matches since 2009:

Dont forget to check out the next El Clasico – you can catch live action with Bet365. Watch & bet here =>

Find out how much they get for winning the league: La Liga Prize Money 2022

El Clasico 2022 Head to Head between Messi and Ronaldo

Ronaldo has the slight edge in terms of minutes per goal, however, scoring a goal for every 141.00 minutes played in Real Madrid vs Barcelona matches. Messi is whiskers behind, scoring a goal every 146.38 minutes.

Cristiano Ronaldo has also enjoyed the best goalscoring run in the fixture’s history, scoring in a record 6 consecutive El Clasico fixtures in 2012 (netting 7 goals in the process).

How many goals has Messi scored in El Clasico? Messi has scored 26 goals in El Clásico in his career which, unsurprisingly, is a record.

How many goals has Cristiano Ronaldo scored in El Clasico? Ronaldo has scored 18 in El Clasico, which is the joint second-most in the fixture’s history alongside the legendary Alfredo Di Stéfano.

When is next El Clasico? Find out all game details for El Clasico here. It’s time for El Clasico 2022. Real Madrid takes on Barcelona. The Blaugrana will host the third El Clasico of the 2022/23 season.

This is the season’s second El Clasico. The first El Clasico was held on 16 October 2022 in La Liga.

All-time Statistics As of January 2023*

See the whole stats breakdown at El Clasico Head to Head and El Clasico results since 1902!

Here are some absolutely extreme records set during the El Clasicos:

There has only been one 5 goal win and it was the humiliation Pep’s team handed to Jose’s Real Madrid!

Most consecutive wins since 2009

Most consecutive draws since 2009

There has been only one 3-streak of draws back when the two sides faced in La Liga and CL. It was broken by Barcelona who won the CL match eventually!

1. Who has won most El Clasico?

2. Who has the most wins in El Clasico?

Barcelona has 118 wins as compared to Real Madrid’s 105 wins.

3. Who has won more El Clasico Messi or Ronaldo?

Lionel Messi has the lead over Cristiano Ronaldo in the h2h El Clasico wins.

4. Who has won more titles Real Madrid or Barcelona?

5. How many times has Barcelona beat Real Madrid?

Real Madrid is on 105 wins right now and a win this time will give them their 106th win!

6. What is the highest score between Real Madrid and Barcelona?

Real Madrid beat Barcelona 11-1 back in June 1943! That is the highest score!

No, it is not true however, Real Madrid beat Barcelona 11-1!

8. Which player has the most El Clasico appearances?

Where is El Clasico played?

The league matches are played at either Nou Camp or Santiago Bernabeu. Even the two-legged ties are played there. However, any cup final is played at a neutral venue.

What is the meaning of El Clasico?

El Clasico refers to the age-old derby played between Barcelona and Real Madrid – who are footballing rivals for over 100 years!

Why is El Clasico Cancelled?

El Clasico was almost canceled last year but then it got delayed. The reason was the political unrest in Barcelona!