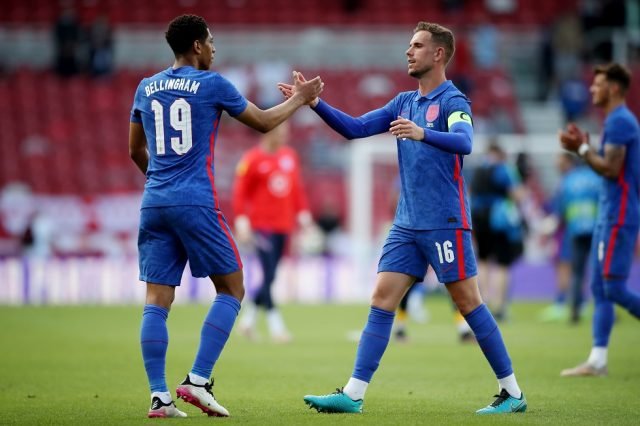 Many have picked England as heavy favourites to win this year’s European Championships. After their wasteful years with the Golden generation, The Three Lions finally have a squad full of youthful exhuberance.

The level of talent and skill this current crop of players posess is unmatched by any other nation. Gareth Southgate has one of the hardest tasks in picking who the deserving player is on each matchday.

The team overall has a fresher mentality, plenty of chemistry between them and a hunger to prove all doubters wrong. Watch & Bet here =>

The Three Lions matched up with Croatia, Czech Republic and Scotland in Group D of the European finals. Gareth Southgate’s men topped the standings as expected but did not win every game. The Tartan Army held them to a draw at Wembley Stadium before exiting the tournament themselves.

England then faced their biggest challenge in the round of 16. Upstaging the 2014 World Cup winners was no small feat and yet, England’s youthful force got the better of the Germans by two goals to nil.

Now, they face Denmark in the semi-finals, a side who has shown just how much strength and grit they have amongst themselves. If England manage to win this tie, they will either face Italy or Spain in the Euro 2020 finals. Watch & Bet Sports Here =>

England’s path to Euro 2020 Final started with the Group Stage Fixtures. England squeezed themselves passed all three of their group stage opponents. The 1-0 win over Croatia was neither impressive nor exciting to watch. Gareth Southgate’s unorthodox line up choices had the entire country murmuring under their breath.

But The Three Lions pulled through and against Czech Republic as well. Scotland turned out to be the surprise force, who did not allow England to get into their attacking rhythm. The Tartan Army kept their neighbours at bay, spinning up quite a few impressive scoring chances for themselves.

England’s road to Euro 2020 Final moved on with the Round of 16 Fixtures. England were the favourites heading into the round of 16 tie against Germany but nobody expected such an easy win. Joachim Low’s side looked like a shadow of the side that dominated world football earlier in the past decade.

The Germans well known for their energy and effecient attacking pedigree, decided to sit back against this England side and hit them on the counter. Well, Thomas Mueller and Timo Werner rounded up the best chances of the night but were both wasteful. Jordan Pickford played one of his best games in an England shirt to help his country to the quarter-final.

Next step on England’s route to Euro 2020 Final is the Euro 2020 Quarter-Final. Ukraine showed signs of complaceny in the group stages and it came back to hurt them again in the final eight. Andriy Shevchenko’s men posed almost no threat to England’s defence and were completely outclassed at the back.

Raheem Sterling scored a brace while Harry Kane and Jordan Henderson finished the night with one each. All goals were crafted through crosses and quick passing outside the box where the England attackers were met with feeble resistance in the Ukrainian box.

See more about the Euro 2021 Quarterfinals and our predictions.

The final step on England’s route to Euro 2020 Final is the Euro 2020 Semi-Final. England has qualified to Euro 2020 Semi Final which is the last step before the Final in London. England’s Euro 2020 semi-final game will be played on Wednesday 7th July 2021 at 20:00 on Wembley Stadium, London, England.

See more about the Euro 2021 Semifinals and our predictions.

This is the final stage on England’s route to Euro 2020 Final. England have to win against Denmark to qualify to the Euro 2020 final.

If the The Three Lions manage to qualify to the Euro 2020 Final they will face the winner between Italy vs Spain.

The 2020 Euro final will be played at Wembley Stadium in London, England on 11th July, Sunday.