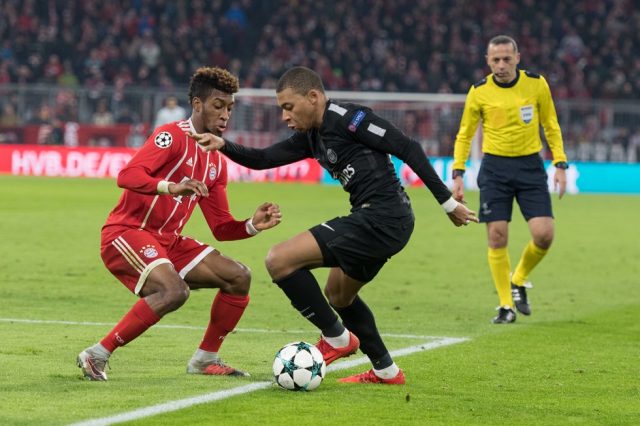 Our Bayern Munich vs PSG betting tips and predictions

We expect a Bayern Munich win at 1.93 with Unibet. Below you can read the reasons for our Bayern Munich vs PSG betting tips prediction.

We expect Serge Gnabry to score first at 6.00 with Unibet

Here are a few Bayern Munich vs PSG free bets and special offers from the betting companies:

Reasons For Bayern Munich vs PSG Prediction And Betting Tips

The Bayern Munich squad are favourites to win this match 1.93 with Unibet, with PSG priced at 3.85 with Unibet to get the advantage at the Allianz Arena.

Given their performances in recent times, it’s clear to see why Bayern Munich are the price they are. They are the reigning champions who have continued their dominant run in Europe and domestic competitions. They are the favourites once again at 1.93 with Unibet.

PSG were strong and decisive against Barcelona but their form has not been great this season. Mauricio Pochettino is still getting a proper grip on this team and could guide them to victory at 3.85 with Unibet.

Speaking of quality, this will be an opportunity for Serge Gnabry to continue his scoring run which is why he has been handed odds of 6.00 with Unibet to score the first goal.

Bayern Munich face PSG at Allianz Arena on Wednesday evening. Both teams are gunning for the final this season.

The Bavarians have not lost in their last 18 Champions League ties and have not lost at home since a 2-1 defeat to Bayer Leverkusen in November 2019.

PSG are enduring a difficult domestic campaign, losing 1-0 against Lille last. They have won their last 7 games away from home in all competitions.

The Bavarians to win at 1.93 with Unibet