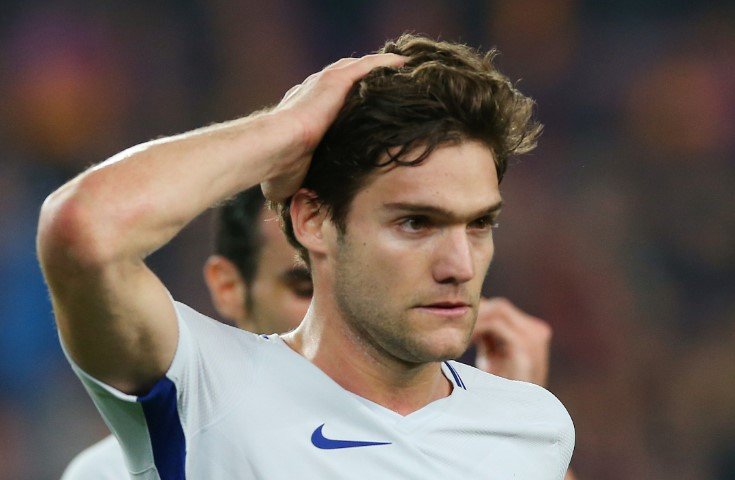 5 footballers that have killed people

Who are the 5 footballers that have killed people? Do you know any of them? Check out their spine chilling stories here!

We will do a countdown here of 5 footballers that have killed people.

Football is a game for the masses and fun. However, the game does get gory at times and this is a big proof about how it can happen.

Alexandre Villaplane was a midfielder who even captained the French side in the 1930 World Cup. But Villaplane was also a Nazi collaborator who committed heinous war crimes and directly killed more than 50 people during his lifetime.

The Algerian-born Frenchman played in the inaugural season of Ligue 1, but he was soon arrested for corruption and got embroiled in a horse race fixing scandal. However, in 1944, Villaplane’ life took a much darker turn when he became the head of North African Brigade. It was a criminal organisation which collaborated with the German Nazis in anti-resistance activities.

Villaplane is mainly remembered for his extreme cruelty and brutality having ordered 53 people to be executed in Mussidan. After he was caught in 1944, the former French captain was sentenced to death and he was executed on 26th December 1944 by a firing squad.

Current Chelsea full-back Marcos Alonso was arrested in 2011 for his involvement in a car crash in Spain’s capital Madrid. He was the driver of the car which collided with a wall and killing one of the fellow passengers in the car, a 19-year-old woman.

Alonso was driving at 122.8kmh in wet conditions in a 50kmh zone. What made the car crash even more tragic was the fact that the Spaniard had a blood alcohol level of 0.93mg per litre. (Almost 3 times the permissible alcohol level in Spain)

Originally facing 4 years in prison, Alonso had his sentence reduced to 21 months and it was later dropped completely as the full-back paid 500,000 euros in an out-of-court settlement to the victim’s family.

The high-flying full-back has been in fine form for Chelsea this season, but the Spaniard arguably deserved more punishment for driving drunk recklessly and causing the death of an innocent 19-year-old. He might soon be leaving the club, however, after this season.

Ajax and Barcelona legend Patrick Kluivert was the darling of the Dutch public during his initial season at Ajax. An extremely gifted footballer, Kluivert won a host of major trophies with the Dutch side including a memorable UEFA Champions League triumph in 1995.

However, the talented footballer’s career in Netherlands came to a crashing halt when the then 19-year-old crashed his friend’s BMW M3 into Dutch theatre director’s car Martin Putnam resulting in the 56-year-old’s death.

A reconstruction of the scene revealed Kluivert had been travelling at 104kmh in a 50kmh residential zone and he was driving in a non-insured car. “He was in his friend’s car and he clearly could not handle the power of it, the noise of the crash sounded like a bomb exploding.” said a witness.

Kluivert revealed how he was put through hell by the unforgiving Dutch public. “One minute I was the idol of the public, the hero of Dutch football. And the next minute they slaughtered me because of what I had done.”

A year later, Kluivert, unable to handle the hate left Ajax to join Milan. He later had a hugely successful career at Barcelona and Newcastle United.

Considered to be one of the most promising youngsters in world football, Diego Buonanotte was part of Argentine giants River Plate. He was even Lionel Messi’s team-mate in the Argentina squad which won the 2008 Olympic gold medal.

In December 2009, the Argentine winger survived a fatal car crash as the sole survivor. He had lost control of his car and slammed it into a tree. The footballer was driving his father’s Peugeot 307. He was on his way back from a night-out when this unfortunate incident occurred.

While 3 of his companions in the car lost their lives, Diego made an amazing recovery and was back on the football pitch within 5 months. After his recovery, there were calls from local prosecutor Carlos Colimedaglia to arrest him. It was on three charges of manslaughter, but the charges were never pursued.

The 28-year-old Argentine has had a decent career after that fateful crash and has played in bug clubs like Malaga, Granda and AEK Athens. Currently, the versatile winger plays in Chile for Universidad Catolica.

When asked at a later date as to how he was coping with the accident, Buonanotte, himself, said he managed to cope with the accident but revealed the opposition fans shout slurs directed at him, like “murderer”.

Brazilian goalkeeper Bruno Fernandes de Souza had been condemned to 22 years in prison. It was for the homicide of alienated sweetheart Eliza Samudio in 2010. The previous Flamengo commander was seen as liable by a jury of five ladies and two men at court.

He was sentenced for concealing the model’s body. Also then it was found he hacked it up into minuscule pieces, and taking care of it to the mutts. He was additionally sentenced on charges for grabbing his child. This in the ordinary world would have seen Bruno being bolted up for good. One of the most dangerously haunting cases!