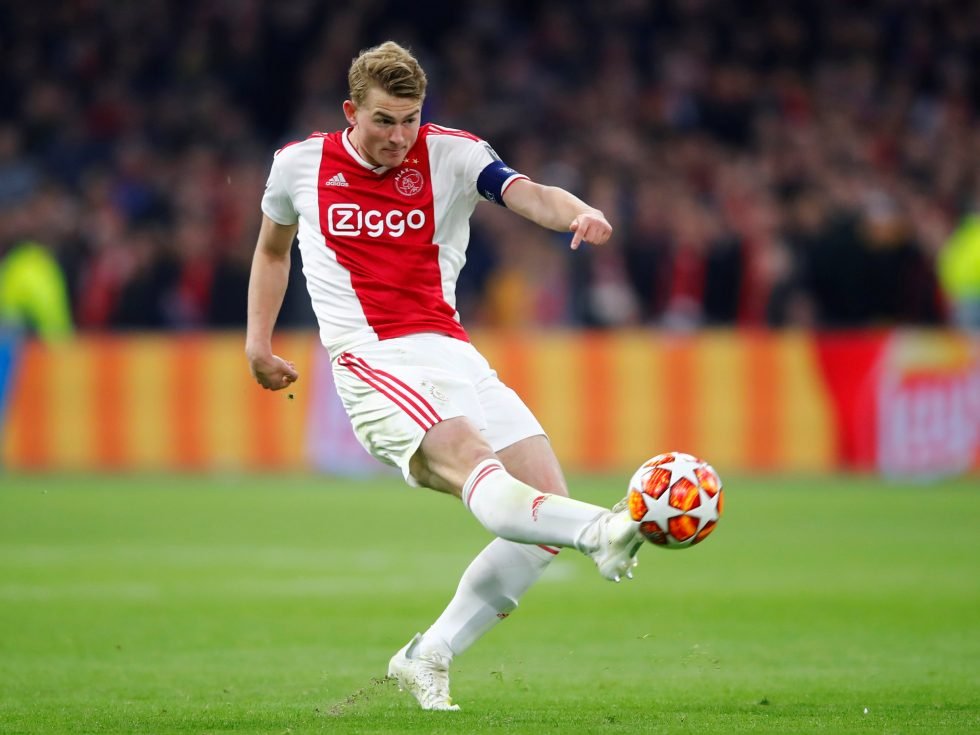 Ajax manager Erik ten Hag feels that Matthijs de Ligt will leave Ajax in the summer. One of the most promising defenders in Europe, de Ligt’s performances for Ajax has placed him in high demand and has been linked to a move to several of Europe’s top clubs including Barcelona, Bayern Munich, Juventus, Manchester City and Liverpool. Barcelona are reportedly leading the chase to sign de Ligt.

A couple of months back, de Ligt’s father said that a move to Juventus is possible. Ajax boss Erik ten Hag has said that there is no chance of their current captain to stay at the club next season. Ten Hag said, “There’s zero chance Matthijs de Ligt is staying at Ajax. There are so many clubs interested in him. He will leave us this summer, but I don’t know whether he’ll join Bayern or Barcelona.”

19-year de Ligt has been in fine form for Ajax this season. In 48  appearances across all competitions, De Ligt has scored 4 goals and has provided 2 assists.  He has been a key reason why Ajax have conceded only 26 goals in the Eredivisie this season so far. After putting on an impressive performance against Juventus, De Ligt will hope to lead his side to a win today when they take on Excelsior who are on the brink of relegation. With 5 matches left, Ajax need to win all their games if they are to win their 34th Eredivisie title.